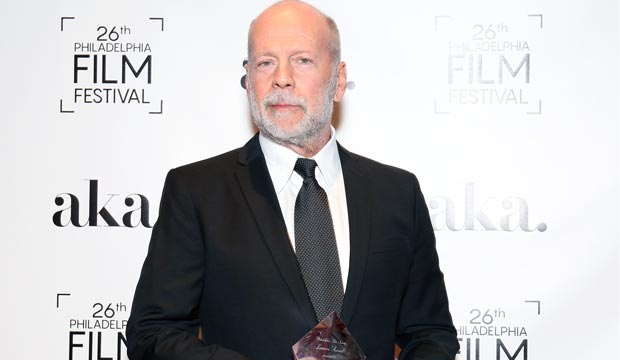 Bruce Willis has decided to step away from acting due to an ongoing medical condition affecting his cognitive abilities. Willis has always been a box office success during his career and had occasional positive response from critics as well. Let’s take a look back at his greatest films in our photo gallery that ranks his top 15 performances from worst to best.

Willis grew up in New  Jersey, but after appearing in a college production of “Cat on a Hot Tin Roof,” he dropped out and left for New York City to launch a professional acting career. He first became a famously flashy bartender in various clubs (think Tom Cruise in “Cocktail”), but found his big break years later understudying and later replacing Ed Harris in the acclaimed off-Broadway production of Sam Shepard’s play “Fool for Love.”

After only a few television guest starring roles on shows such as “Miami Vice” and “The Twilight Zone,” Willis rocketed to television stardom on “Moonlighting.” The show became known as much for its off-screen fireworks as those onscreen due to the combustible relationship Willis had with his co-star Cybill Shepherd. The show would run for five seasons and win Willis an Emmy for Best Drama Actor in 1987.

Willis then did the unthinkable thing for the time and somehow managed to parlay his television fame into a highly successful film career. In the 1980s the divide between film and television stardom was still pretty wide and many actors such as Tom Selleck and Ted Danson found difficulty making their TV success work on the big screen.

Tour our photo gallery of Willis’ greatest films, including the “Die Hard” franchise, “Pulp Fiction” and “The Sixth Sense.”