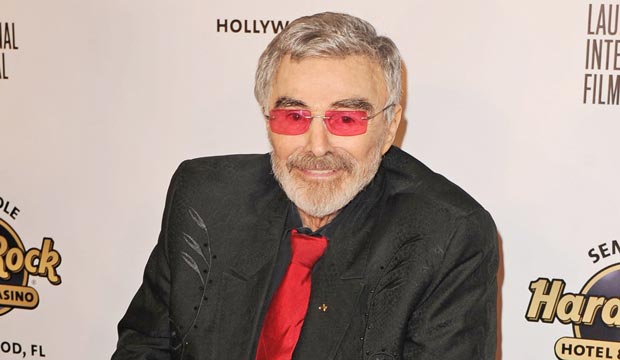 Burt Reynolds would’ve celebrated his 84th birthday on February 11, 2020. The Oscar-nominated actor remained active up until his death in 2018, starring in dozens of movies and TV shows. But how many of his titles remain classics? In honor of his birthday, let’s take a look back at 12 of his greatest films, ranked worst to best.

In the 1970s, Reynolds was arguably the biggest movie star in the world. He had made his name through television, appearing as a regular for 50 episodes on the hit series “Gunsmoke,” then headlining his own series, “Hawk” and “Dan August.” But then Reynolds got his big break in feature films, co-starring in the John Boorman classic “Deliverance” (1972).

Though Reynolds was soon starring in such box-office hits as “The Longest Yard” and “Smokey and the Bandit,” he never abandoned television, utilizing such talk shows as “The Tonight Show Starring Johnny Carson” (where he was one of the funniest guests ever) to hone his image, strutting on as a sex symbol and then acting like an utter goofball once he sat the guest’s chair.  The contrast between the Cosmopolitan centerfold and the delightful talk show guest endeared Reynolds to moviegoers.

In between his more serious films, such as 1979’s “Starting Over,” Reynolds liked to star in fun romps featuring his friends such as Dom DeLuise and Charles Nelson Reilly, both of whom joined Reynolds for the “Cannonball Run” series of films, probably the best of Reynolds’ “fun film” period as it followed a coast-to-coast car race filled with guest stars (Frank Sinatra! Dean Martin! Sammy Davis, Jr.! Jackie Chan!) and lots of character bits.

When roles began to dry up in the early 1990s, Reynolds again returned to television, winning a Best Actor Emmy for his role in the CBS sitcom “Evening Shade.” Reynolds was back on the show-biz radar, which led to Paul Thomas Anderson‘s “Boogie Nights,” which finally earned him his first Golden Globe for film and his first Academy Award nomination.

Let’s take a look back and rank the 12 best films of Burt Reynolds’ career in our photo gallery.