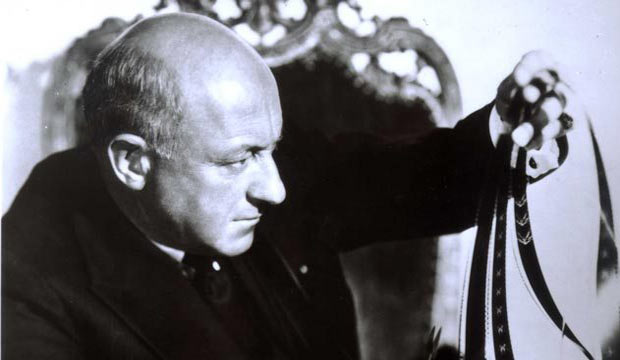 One of cinema’s earliest pioneers, Oscar winner Cecil B. DeMille helmed 70 films throughout the silent and sound era. He made his mark in a number of genres, but was most famous for his spectacularly mounted biblical epics. In honor of his birthday, let’s take a look back at 20 of his greatest movies, ranked worst to best.

Born in 1881, DeMille made his directorial debut with “The Squaw Man” (1914), a story he remade in 1918 and 1931. He made dozens of silent films, including the ambitious biblical stories “The Ten Commandments” (1923) and “The King of Kings” (1927). He entered into the sound era with ease, earning his first Oscar nomination in Best Picture for the Claudette Colbert-headlined version of “Cleopatra” (1934).

After a series of box office smashes, he took home the Best Picture prize for his big top melodrama “The Greatest Show on Earth” (1952), which also brought him his only nomination in Best Director. Even at the time, a few eyebrows were raised when it won the Academy Award over heavy favorites “High Noon” and “The Quiet Man.” Yet triumph it did, and that same year, DeMille earned the Irving G. Thalberg Memorial Award from the Academy.

He returned to the Oscar race with his final film, a massive adaptation of “The Ten Commandments” (1956) starring Charlton Heston as Moses. Best known for its impressive parting of the Red Sea sequence, the movie became a holiday favorite thanks to multiple TV showings on Easter.

In addition to his Oscar success, DeMille also won the Golden Globe and competed at the DGA for “The Greatest Show on Earth.” He also gave birth to the Cecil B. DeMille Award at the Golden Globes, a career achievement prize of which he was the inaugural winner in 1952. He won the Lifetime Achievement Award from the DGA in 1953.