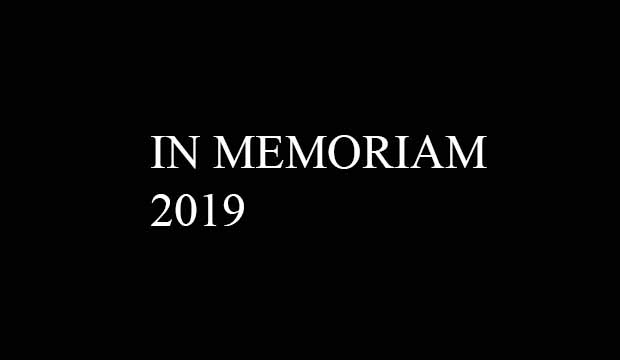 Throughout 2019, we will continue to update this photo gallery with major celebrity deaths from film, television, theater and music.