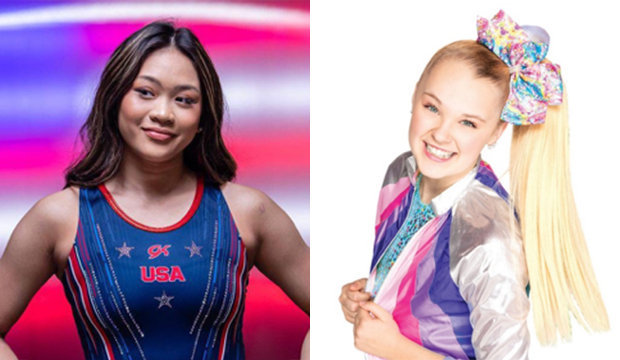 The landmark 30th season of “Dancing with the Stars” begins on Monday, September 20, 2021. But who will win the Mirror Ball Trophy? Scroll down to see the entire list of celebrities who are battling on the dance floor, as were announced on “Good Morning America” on September 8.

“DWTS” started in 2005 as a summer series but was an instant hit that not only featured celebrities on the dance floor but made stars out of the show’s professional dancers like Derek Hough, Julianne Hough, Mark Ballas, and Val Chmerkovskiy. Every season the show pairs one of those experienced pros with an celebrity amateur, and throughout the season they teach them new dances that are performed live.

SEEEverything to know about ‘Dancing with the Stars’ Season 30

A panel of judges — Carrie Ann Inaba, Len Goodman, Bruno Tonioli, and now the aforementioned Derek Hough — scores all the dances, but that’s not all that determines whether a contestant moves forward in the competition. The judges’ scores only account for half of the results. The other half is the votes of viewers at home, so you don’t always have to be the very best dancer as long as you can make an emotional connection with the audience, or if you have a preexisting fan base that will carry you through.

Because of the rigorous physical demands of the show, athletes tend to do especially well in the competition, with Mirror Ball champions including ice skaters (Kristi Yamaguchi, Adam Rippon), football players (Emmitt Smith, Rashad Jennings), and gymnasts (Shawn Johnson, Laurie Hernandez). It doesn’t hurt if a celeb has a background in music as that is also an advantage for a dancer, like Mirror Ball champs Nicole Scherzinger, Kellie Pickler, and Amber Riley.

But you never know where the season’s best dancer will come from as the show has also been won by wildlife conservationist Bindi Irwin and deaf “America’s Top Model” alum Nyle DiMarco. Which of the following celebs do you think will win the 30th Mirror Ball Trophy?