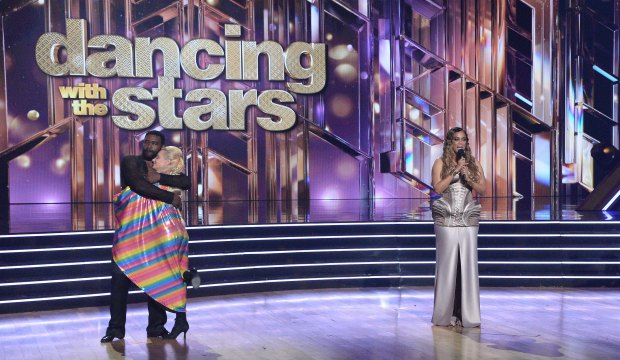 Who was eliminated during season 29 of “Dancing with the Stars.” The competition series carried on with a new host (Tyra Banks) and a new judge (Derek Hough, filling in for Len Goodman) amid the COVID-19 pandemic with precautions in place to protect the health of the participants. But that didn’t keep everyone safe from the chopping block. Scroll down for the complete list of eliminations, updating every week as contestants are booted from the show.

As always, the results are determined by combining the scores from judges Hough, Carrie Ann Inaba and Bruno Tonioli with the votes of viewers watching at home. Just like in season 28, those votes are cast live throughout the show, with results revealed at the end of each week’s episode. Once the bottom two are unveiled, it’s up to the judges to make the final call as to who should be saved and who should be eliminated.

And there were quite a lot of celebrities to narrow down this time around: 15 contestants, which made this the second biggest cast in the show’s history to date, behind only season nine which started with a lineup of 16 stars. This lineup included actors Anne Heche, Skai Jackson, Justina Machado, Jesse Metcalfe and Chrishell Stause; athletes Vernon Davis, Charles Oakley and Johnny Weir; musicians AJ McLean and Nelly; TV hosts Jeannie Mai and Nev Schulman; and nonfiction TV stars Monica Aldama (“Cheer”), Carole Baskin (“Tiger King”) and Kaitlyn Bristowe (“The Bachelorette”).

How did they all fare in the ballroom? Find out below who went home, when and why.