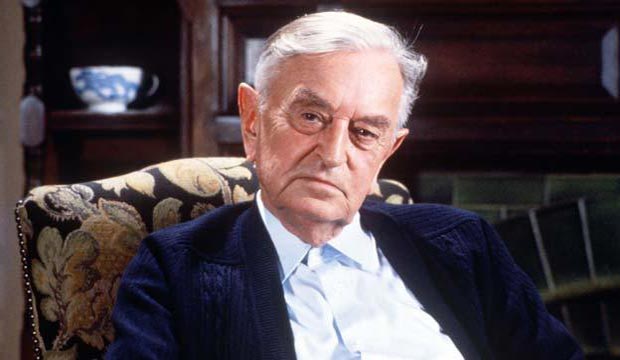 David Lean would’ve celebrated his 112th birthday on March 25, 2020. The Oscar-winning director became famous for a series of visual striking, technically ambitious epics, but how many of those titles remain classics? In honor of his birthday, let’s take a look back at all 16 of his films, ranked worst to best.

Born in 1908, Lean cut his teeth as a film editor, cutting a number of prominent movies including “49th Parallel” (1941) and “One of Our Aircraft Is Missing” (1942) for his contemporary, Michael Powell. He transitioned into directing, working alongside acclaimed playwright Noel Coward with “In Which We Serve” (1942). The WWII Naval epic was a joint venture for the two, with Coward (who also wrote and starred) handling the acting scenes and Lean tackling the action sequences.

He earned his first Oscar nominations for writing and directing “Brief Encounter” (1945), a big screen version of Coward’s play about two strangers (Trevor Howard and Best Actress nominee Celia Johnson) who fall in love after a chance meeting on a train. He competed again for writing and directing the Charles Dickens adaptation “Great Expectations” (1946) and for helming the Katharine Hepburn romantic drama “Summertime” (1955). (“Brief Encounter” and “Great Expectations” contended at the 1946 and 1947 Oscars respectively, since they didn’t open in the U.S. until the year after their British premiere.)

Lean turned towards epic filmmaking with “The Bridge on the River Kwai” (1957), a WWII drama about a British Colonel (Alec Guinness) in a Japanese P.O.W. camp assisting his captors in the construction of a railway bridge. The film swept the Oscars, bringing Lean his first victory for Best Director and earning six additional prizes, including Best Picture and Best Actor for Guinness.

Five years passed before his next feature hit screens: the massive, gargantuan epic “Lawrence of Arabia” (1962), which centers on British officer T.E. Lawrence‘s (Peter O’Toole in his screen debut) efforts to unite the Arabs in their fight against the Turks during WWI. Shot in the desert for two years on 70mm, the film came to define the Lean style of meticulously crafted event pictures. Once again, Lean won the Oscar for directing, and “Lawrence” also took Best Picture plus five more trophies.

Lean competed again for directing another saga, the five-time Oscar-winning Russian romance “Doctor Zhivago” (1965). His next film, “Ryan’s Daughter” (1970), was a critical and financial failure (albeit an Academy Award-winning one that brought him a DGA bid). The reception hurt him so much that he took a 14 year break from filmmaking before returning with the E.M. Forster adaptation “A Passage to India” (1984), which brought him Oscar bids for writing, directing, and film editing. It was his final feature. (During the intervening years between features, he attempted to mount a two-part version of “Mutiny on the Bounty.”)

Tour our photo gallery of Lean’s 16 films, including a few for which he should’ve won Oscars.