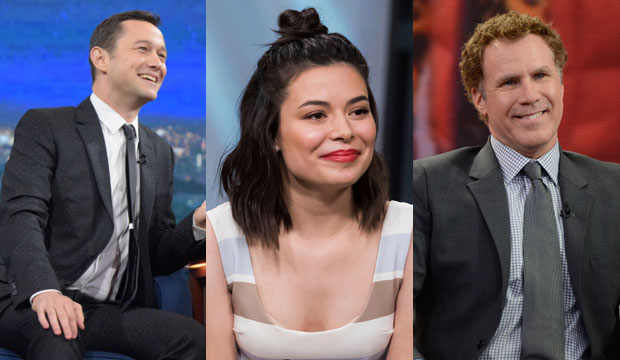 The Daytime Emmys honor the best achievements in afternoon and online TV entertainment across a wide variety of genres including soap operas, game shows, talk shows and more. There are some A-list stars in the running in 2020 in high-profile races like Kelly Clarkson (Best Entertainment Talk Show and Talk Show Host), Jada Pinkett Smith (Best Informative Talk Show and Talk Show Host) and Valerie Bertinelli (Best Culinary Series and Host), to name just a few. But there are other well-known names lurking on the Daytime Emmy ballot as producers, performers and writers in categories you may not have noticed. Scroll down to see who could take home trophies on June 26.

Among them is Jason Alexander, who could end a long losing streak. He earned seven Emmy nominations in prime time for Best Comedy Supporting Actor for playing George Costanza (1992-1998) and another nom for Best Comedy Guest Actor for “Dream On” (1994), but he never won. This year he’s nominated twice for his work on the animated shorts “Brainwashed by Toons,” which explored the harmful messages perpetuated by children’s cartoons throughout history. He’s up for Best Writing for a Special Class Series and Best Original Song for co-writing “The Bad Guys,” a song about anti-Semitic imagery through history.

He’s not the only well-known name on the ballot. And if he wins, he wouldn’t be the first major star who got their Emmy in daytime. Whoopi Goldberg and Robert Lopez got the E in their EGOTs at the Daytime Emmys. Broadway stars Ben Platt, Cynthia Erivo and Katrina Lenk also took home Daytime Emmys in recent years for musical performances they gave on morning shows. And Oscar-winning director Guillermo Del Toro was awarded for his animated series “Trollhunters.” Turns out you can get a lot done in the afternoon. See some of this year’s major contenders below.