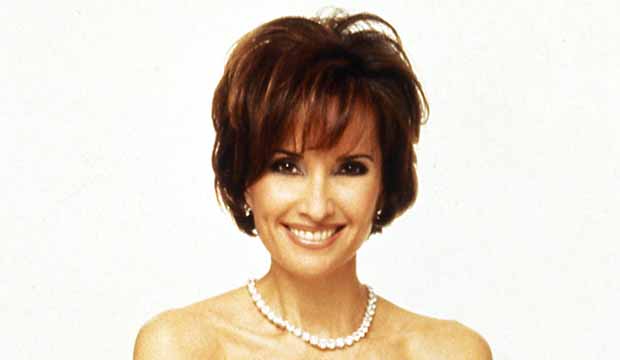 Dozens of women have won the Daytime Emmy Award for Best Actress since the award was first handed out by the television academy in 1974. And those winners represent some of the most legendary women and performances of all time. Scroll down to see every winner and who they were nominated against when they prevailed.

Arguably the most famous leading lady in soap opera history, Susan Lucci, only actually won this award once for her signature role as Erica Kane on “All My Children,” though it wasn’t for a lack of trying. In one of the most notorious losing streaks in awards history, she was nominated 19 times before finally prevailing in 1999, and with 21 bids she’s the most nominated performer in the history of this category.

One beloved star wasn’t nominated quite so many times, but she holds the record for the most Best Actress victories: Erika Slezak won six times between 1984 and 2005 for her role as Victoria Lord on “One Life to Live.” She became especially famous for playing Viki’s various alternate personalities. “OLTL” holds the record as the most awarded soap in this category with 11. In addition to Slezak’s six wins, Judith Light won twice, and Robin Strasser, Hillary B. Smith and Susan Haskell won once apiece.

And even though soap operas are famous for trading actors back and forth — especially as the number of shows diminished over time — only three women won this category for different series: Susan Flannery (“Days of Our Lives” and “The Bold and the Beautiful”), Maura West (“As the World Turns” and “General Hospital”) and Eileen Davidson (“Days” and “The Young and the Restless”).

Who’s your favorite winner ever? Who do you think should have won who didn’t?