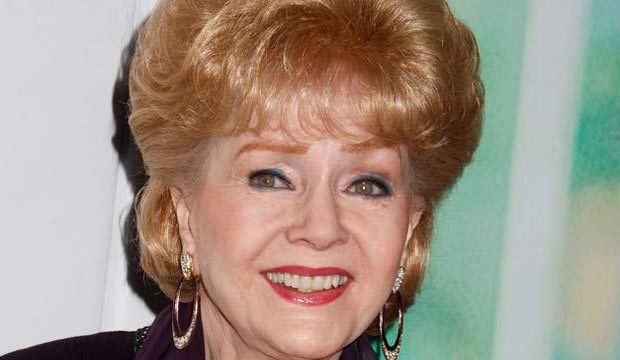 Debbie Reynolds had one of the longest and most varied careers in show business and was the true definition of a survivor. Discovered by Hollywood at a young age when she won the Miss Burbank pageant, she would quickly be cast in starring roles in movies. As fortunate as she was in her acting career, she had quite disastrous luck when it came to her personal life. Her first husband Eddie Fisher left her for Elizabeth Taylor causing an international scandal. The marriage did last long enough to produce two children one of whom, Carrie Fisher, would go on to intergalactic success as Princess Leia in the “Star Wars” movies. Both of Reynolds subsequent marriages caused her great financial stress while one husband embezzled vast sums of money from her and another compulsively gambled a lot of it away. Carrie later joked in her usual caustic way that who would have thought that Eddie would turn out to be the “good one” of all the husbands.

Reynolds managed to pull herself out of financial ruin by performing in Las Vegas and at one time even owned her own hotel and casino there where she performed nightly. She was known more for her stage entertaining in recent years but she actually managed to amass a pretty impressive film career over the years. April 1, 2019, would have marked Reynolds 87th birthday. She tragically died in 2016 only a day after her beloved daughter Carrie passed away while flying on a flight from London to Los Angeles. The two often had a tumultuous relationship but had rekindled their love in recent years and even lived next door to each other at the time of their death. Their relationship was documented in the film “Postcards from the Edge” with Meryl Streep and Shirley MacLaine playing characters closely modeled on the two with a script by Fisher based on her best-selling novel.

In honor of Reynolds birthday, take a tour of our photo gallery above with her 15 greatest film performances, ranked from worst to best. Our list includes her Oscar-nominated role in “The Unsinkable Molly Brown,” “Singin’ in the Rain,” “Mother,” “Tammy and the Bachelor” and many more.