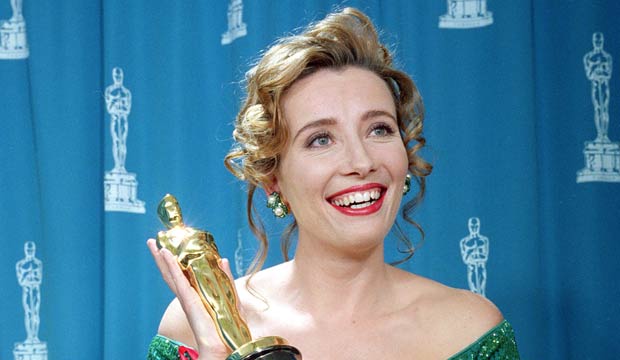 Emma Thompson is the two-time Oscar-winning multi-hyphenate who has left her indelible mark as an actress and a writer for more than 30 years. How many of her titles remain classics? Let’s take a look back at 17 of her greatest films, ranked worst to best.

Born on April 15, 1959, in Paddington, London, England, Thompson broke through with American audiences thanks to her Oscar-winning lead turn in the sumptuous Merchant-Ivory production “Howards End” (1992). She reunited with the filmmakers – along with her costar Anthony Hopkins – for “The Remains of the Day” (1993), which brought her a second Best Actress bid. That same year, she competed in the supporting category for “In the Name of the Father,” pulling off the rare feat of snagging two acting nominations in the same year. She returned to the Oscar race both as a performer and as a writer for the Jane Austin adaptation “Sense and Sensibility” (1995), for which she earned a Best Actress nomination and won the Best Adapted Screenplay prize.

In addition to her Oscar success, Thompson has won three BAFTAs out of seven nominations, two Golden Globes out of 10 bids and one Primetime Emmy out of seven noms. She’s also got six SAG bids and a Writers Guild Award for “Sense and Sensibility.” So in short, she’s collected some serious hardware (as well as Dame-hood from Queen Elizabeth in 2018).

Tour our photo gallery of Thompson’s greatest films, and see where your favorite ranks.