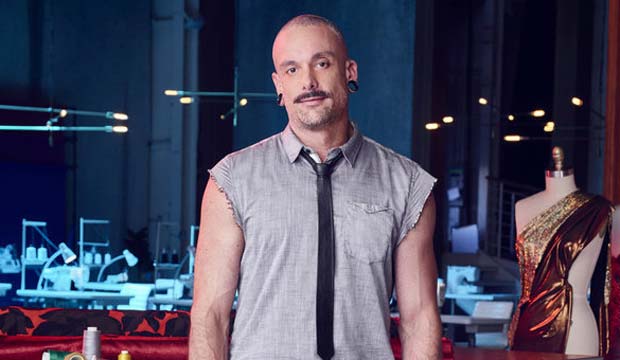 At first it was hard to know how big a contender Geoffrey Mac really was on “Project Runway.” He was flustered while shopping for fabrics from the very first challenge, and in the space of his first two weeks he went from the judges’ runner-up to the judges’ bottom two. But after that topsy-turvy start he proved his mettle time and again, and from what we’ve seen of him he also seems to be one of the kindest contenders in the workroom. But how does his work on the runway measure up? Scroll down to see all of his looks, ranked from worst to best and updating throughout the season.

Despite frequently second-guessing himself, his futuristic jumpsuit was one of the judges’ favorite looks in “Blast Off.” And despite his misstep the very next week in the “Cats of the Urban Jungle” streetwear challenge, he has actually been one of the most consistent designers in the competition, only landing in the bottom twice in his first 10 weeks. And the second time he displeased the judges, in “Sheer Genius,” Elaine Welteroth so appreciated his perspective about his design that it made her like it more, and they quickly declared him safe.

Such is the effect of Geoffrey Mac. He won the “Sew 80’s” challenge and sheepishly asked his idol Cyndi Lauper for a hug. Then he won “Live and Let Tie Dye” a few weeks later, but he was so sad that another designer would have to be eliminated that guest judge Leslie Jones gave him a hug too. He even blamed himself after Dayoung Kim had to withdraw from the competition for health reasons after he had taken it upon himself to watch out for her.

Check out his best (and worst) looks below. Do you agree with how we rank them, and did you agree with the judges naming him the winner of “Project Runway”?