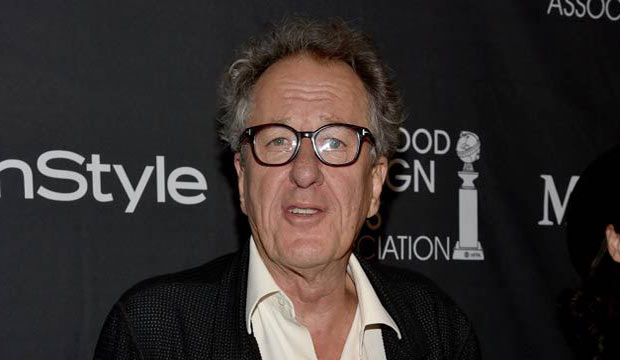 On July 6, 2020, actor Geoffrey Rush celebrates his 69th birthday. The actor is one of the rare few who have achieved the triple crown of acting, meaning he has received an Emmy, Oscar and Tony Award (all three major acting awards) for his work.

Rush was an acclaimed actor in his native Australia for nearly two decades before the film “Shine” made him a known commodity in the rest of the world. He was 45 years old when suddenly his whole career changed and he was being considered for major roles in various mediums. That film about a pianist dealing with scars from his childhood won Rush the Oscar, BAFTA, Golden Globe and SAG Award for Best Actor. Those awards and acclaim launched him into a highly successful international career. He has since earned even more Oscar nominations, with two as Best Supporting Actor for “Shakespeare in Love” and “The King’s Speech” and another as Best Actor for “Quills.”

In 2017 Rush was in competition in the awards derby once again for his performance in the National Geographic limited series “Genius” in which he played Albert Einstein. He received both Emmy and Golden Globe nominations for this series.

Take a tour of our photo gallery featuring the 15 greatest film performances in the career of Rush, ranked worst to best.