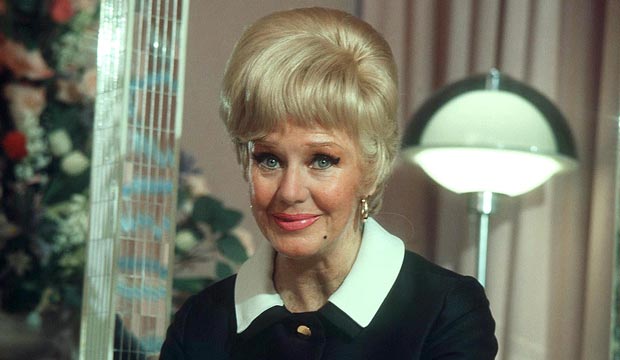 “Sure he was great, but don’t forget that Ginger Rogers did everything he did. . . backwards and in high heels.”

This quote from a 1982 Frank and Ernest cartoon sums up one of the greatest dance duos in film history, the debonair Fred Astaire and the tenacious Ginger Rogers. For July 16, we celebrate the spunky Ms. Rogers on what would have been her 109th birthday.

She was born Virginia Katherine McMath in Independence, Missouri. Her parents divorced when she was young, and she moved to Texas with her mother. She never saw her birth father again, and when her mother remarried, she adopted her stepfather’s surname of Rogers.  A young cousin had trouble saying “Virginia”, so she became “Ginger”. Her mother was a career woman, involved in show business, as a scriptwriter among other things, and was a huge influence on Rogers for all her life.  She got her own start in show business when she won a Charleston contest at the age of 14 in 1925. This led to a vaudeville career, and eventually Broadway. At the age of 19, she starred in the Gershwin Broadway musical “Girl Crazy,” which made her a star and gained the attention of Hollywood studios.

She made several films before two supporting roles in 1933 earned her recognition. “Gold Diggers of 1933” and “42nd Street” were two of the most successful films of that year. That same year, she had another supporting role in a mostly forgettable film. However, her two minute dance with a Broadway star named Fred Astaire caused a huge sensation, leading to one of the most successful Hollywood partnerships, including “Top Hat” and “Swing Time.” They made eight more highly successful musicals together over the next six years, and teamed one last time in 1949. Their pictures are credited with revolutionizing the Hollywood musical in the 1930s. Astaire was a taskmaster, and wanted long shots to show the dance as a whole, not broken down with close-ups on dance steps or faces. This often required several shots in a day. He once said, “All the girls I ever danced with thought they couldn’t do it. So they always cried. All except Ginger. No, no, Ginger never cried.”

Not only did Rogers have to work extra hard on these dance routines, she had to balance her contractual obligations while adhering to the demanding dance rehearsals. While Astaire made up to two films per year, Rogers made several. She was well known for her comedic timing, starring in several delightful screwball comedies, and winning an Academy Award for Best Actress in 1941 for the romantic drama “Kitty Foyle.” She was one of the biggest box office draws from the late 1930s-late 1940s. In 1942, she was the highest paid star in Hollywood.

As happened with many actresses of the era, Rogers’s career began to decline in the 1950s. She returned to Broadway, with a successful turn as the lead in “Hello, Dolly!” in 1965. In 1969, she performed the lead in “Mame” at the Theatre Royale Drury Lane in the West End of London, and was the highest paid performer in the history of the West End up to that time. At the age of 74, she directed an off-Broadway version of “Babes in Arms” in 1985. She also appeared in several popular television series in the 1970s and 1980s.

Rogers was married five times between 1929 and 1969, with each marriage ending in divorce. She remained very close to her mother, who also aided her career. Despite rumors they didn’t get along, Astaire and Rogers always spoke fondly of one other, and their respect for one another shines through in their many dances together. She presented him with a special Oscar in 1950, and they presented together at the 1967 Academy Awards ceremony, causing a sensation with a little dance. In 1992, Rogers was recognized at the Kennedy Center Honors. Her autobiography was published in 1991.

In her later years, the bubbly, outdoorsy Rogers was slowed down by two strokes, confining her to a wheelchair. She died of congestive heart failure on April 25, 1995, at the age of 83.

Although she is best remembered for her collaborations with Astaire, Rogers made 73 films, and is remembered for her saucy smile, sassy demeanor, and wisecracking characters. Tour our photo gallery featuring Rogers’ 20 greatest film performances, ranked from worst to best.

Which Supporting Actor Oscar nominees had more screen time than the nominated leads?