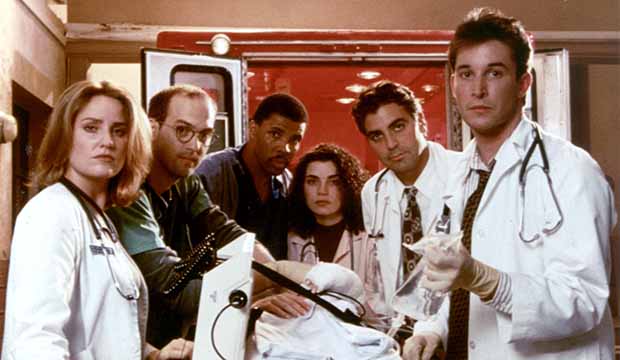 During the current crisis in our world, we’ve all become even more aware of how valuable our healthcare professionals are. I have worked for a group of eye doctors for over 20 years, and I’ve seen firsthand the importance of compassion, knowledge and skill that is needed to be successful in that line of work.

Doctors have always been a huge part of all of our lives – we will all see one at some point, even if only for a regular eye or dental visit. Maybe that’s why medical dramas have been a part of our entertainment world, and from the earliest days of television, we have invited a number of doctors, of varying types, into our living rooms. The early dramas, such as “Medical Center,” “Dr. Kildare” and “Ben Casey” offered good-looking young doctors (setting the bar for the likes of George Clooney) usually clashing with an older, more experienced physician, while oftentimes also offering storylines about controversial topics relevant to that time. Some series have had a cultural impact, such as “Emergency!” increasing awareness of the necessity of EMTs, and “The X-Files” influencing young women to seek STEM-related careers. And some, like “Scrubs,” have offered comedy in the midst of medical emergencies.

Many of these programs have been huge on the awards circuit, with Golden Globe and Emmy nominations abundant among them. They have also been some of the most highly-rated and longest-lasting programs on television, often also delving into the personal lives of the characters, creating devoted fan followings. Many programs have multiple memorable doctors; for the sake of this article, only one doctor per program has been selected.

Enjoy touring our photo gallery featuring our best choices for the 40 greatest TV doctors of all time. Our list includes the top men and women from “E.R.,” “Grey’s Anatomy,” “St. Elsewhere,” “M*A*S*H,” “House,” “Northern Exposure” and more. Our only rule was that we could select just one doctor for any given program. Did your favorite make the cut?