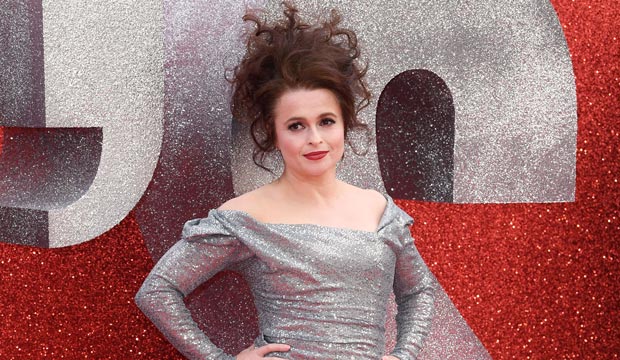 “I should get a few ribs taken out, because I’ll be in a corset for the rest of my life.”

The twice-Oscar-nominated actress is blessed with an English rose complexion, a cheeky sense of humor and no filter when she speaks her mind, which has served her well especially while voicing characters in such animated films as “Wallace & Gromit: The Curse of the Were-Rabbit” and “Corpse Bride,” one of seven films she has starred in that were directed by her former partner and father of her two children, Tim Burton.

Younger moviegoers will most likely recognize her as the cruel and deranged Bellatrix Lestrange, a Death Eater and key villainous figure in Voldemort’s inner circle, in the final four movies of the “Harry Potter” franchise. Her most recent projects are TV-related. She played Princess Margaret opposite Olivia Colman’s Queen Elizabeth II in the third and upcoming fourth seasons of Netflix’s “The Crown,” which earned her Golden Globe and SAG bids on the way to a possible first Emmy nomination (she won the SAG Ensemble prize for the show). Also on streaming outlet, she lent her voice to “The Dark Crystal: Age of Resistance,” a prequel to the 1982 Jim Henson fantasy that premieres on August 30.

Here are 12 of her greatest films, ranked from worst to best. Our photo gallery includes the films mentioned, plus “The Wings of the Dove,” “Howards End,” “The King’s Speech” and more.