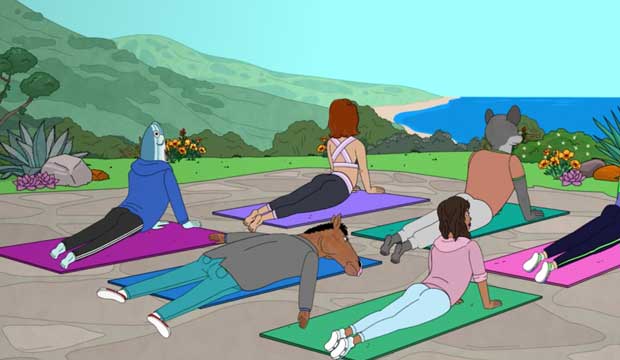 Whether he’s drunk in his mansion or off on another wacky adventure with his houseguest and sort-of-friend Todd Chavez, “BoJack Horseman” never misses the chance to deliver a solid zinger. He’s selfish, self-destructive, a drunk, an addict and generally rude to everyone he comes into contact with, but BoJack is still pretty funny when he wants to be. Let’s take a trip to Hollywoo as we count down the 25 most hilarious and outrageous BoJack Horseman quotes for the Netflix show.

BoJack was dreamed up by writer and comedian Raphael Bob-Waksberg while he was living with a friend in their mansion in the Hollywood Hills. He describes his first night there, when he “look[ed] out on the deck over all of Hollywood, and [felt] simultaneously on top of the world and never more isolated and alone.” Bob-Waksberg called up his childhood friend, the cartoonist Lisa Hanawalt, and together they created the pitch for “BoJack the Depressed Talking Horse,” which would eventually become “BoJack Horseman.”

BoJack is voiced by actor and comedian Will Arnett, who says he was drawn to the character because of his “deep emotional scarring” and his ability to be “lovable and unloveable at the same time.”

As the seasons progressed, the show explored extremely serious topics while still maintaining its sense of humor and sillier side. BoJack has dealt with parental abuse, alcoholism, the death of loved ones and his own failure. He frequently hurts the people he cares about due to his own constant need for validation and lack of self-control. However, he constantly strives to be a better person, with mixed results. Throughout it all he is a comedian at heart, and never loses his sense of humor.

BoJack is a great character because even though he is a rich movie star and a horse, his flaws and frustrations are identifiable. At the end of the day, does anyone really like honeydew? Let’s take a look at his funniest and most memorable lines, and see if your favorite quote made the list.