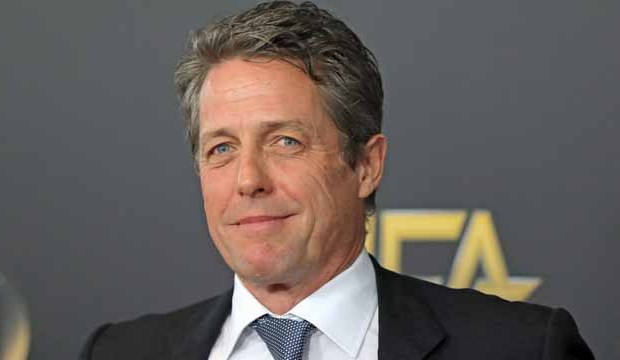 Oxford grad Hugh Grant has outgrown most of his romantic comedy ticks from his early years – flopsy-mopsy hair, fluttery eyelashes and charming stutter – and  has matured into an exceptional  and versatile actor. Not that he has lost his sense of humor. Anyone who chuckled over his villainous turn in this year’s “Paddington 2” as a pompous, cravat-wrapped actor who frames his cuddly ursine co-star for a crime he didn’t commit can testify to that Then there was his finely tuned scoundrel turn in this summer’s BBC miniseries, “A Very English Scandal,“ in which his Parliament member Jeremy Thorpe plots the botched murder of his male lover.

Grant began his acting career in the ‘80s as secondary player in both British period pieces — some good (“Maurice”) and others faintly ridiculous (“The Lair of the White Moon”) – and Hollywood comedies (the gangster farce “Mickey Blue Eyes”). But any hopes that he would be a dapper Cary Grant type evaporated as it became clear that Grant possessed the soul of a character actor, at his best when he feels ill at ease or acts the cad. Meanwhile, Oscar has steadfastly refused to give him the time of day, despite making valuable contributions to such Best Picture nominees as “Four Weddings and a Funeral,” The Remains of the Day” and “ Sense and Sensibility” plus his strong work in “About a Boy.” Let’s overlook the lack of trophies on his shelf and toast his career and birthday with a photo gallery tour of his 15 greatest films, ranked from worst to best.