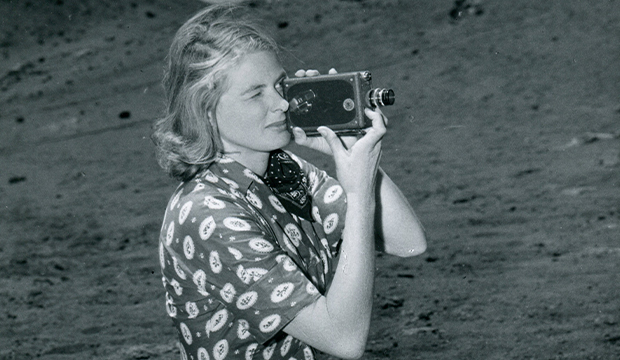 Born in Stockholm in 1915, Ingrid Bergman was working in Swedish and German films during the 1930s, when one of her Swedish films, 1936’s “Intermezzo,” caught the eye of powerful Hollywood producer David O. Selznick. He announced that he planned to remake “Intermezzo” in English and would bring Bergman to Hollywood to star. The only problem was that Bergman didn’t speak English, but she turned out to be a fast learner, and the combination of her work ethic and her radiant beauty put Bergman well on her way to becoming an authentic movie star.

Not only did Bergman become an audience favorite, but her acting skills earned her the respect of moviegoers and Hollywood producers alike. In the course of her four-decade film career, Bergman was nominated for seven Academy Awards, winning three for “Gaslight,” “Anastasia” and “Murder on the Orient Express”. She is one of only six actors in history ever to manage that feat of three or more acting victories. In addition, she was also nominated for seven Golden Globe Awards for her film work, also winning three. Other classics in her career have included the legendary “Casablanca,” “Notorious” and “Spellbound.”

Let’s take a photo gallery tour and rank her 15 greatest films from worst to best.