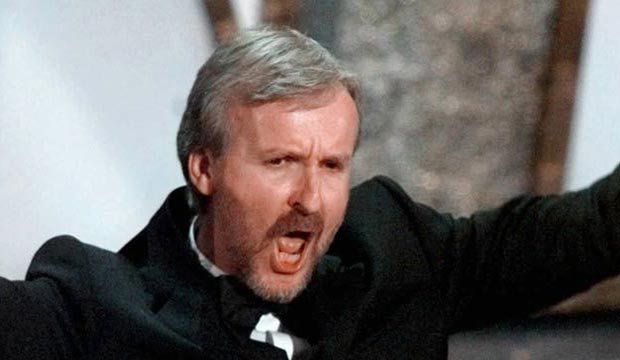 With three Academy Awards and some of the biggest box office champs of all time under his belt, James Cameron has certainly found a way to blend art and commerce to great effect. In honor of his birthday, let’s take a look back at all eight of his films, ranked worst to best.

Born in 1954 in Ontario, Canada, Cameron cut his teeth with a variety of on-set jobs, most notably as a special effects artist. Although he technically made his directorial debut with the creature feature “Piranha II: The Spawning” (1982), he truly burst onto the scene with the sci-fi hit “The Terminator” (1982), which cast Arnold Schwarzenegger as a futuristic cyborg sent on a mission to kill a young woman (Linda Hamilton) before she can give birth to the messiah.

Cameron further cemented his reputation as a master of action with such adrenaline-pumping titles as “Aliens” (1986), “The Abyss” (1989), “Terminator 2: Judgment Day” (1991) and “True Lies” (1994). He found his greatest success with “Titanic” (1997), a sweeping romantic epic that smashed box office records and swept the Academy Awards, winning 11 prizes including Best Picture, Best Director and Best Film Editing for himself. As he famously said in his Oscar acceptance speech, the filmmaker was truly king of the world.

Not to rest on his laurels, he returned to cinemas 12 years later to break his own record with “Avatar” (2009), a revolutionary science fiction epic that displaced “Titanic” as the all-time highest grosser. Cameron once again earned Oscar nominations for directing, producing and editing, famously losing in the former category to his ex-wife, Kathryn Bigelow (“The Hurt Locker”). And while it was knocked out of the first place box office slot by “Avengers: Endgame” (2019), he’s got four sequels due for release, so he’ll have plenty of opportunities to retake the crown.

Tour our photo gallery above of Cameron’s movies, and see if your favorite topped the list.