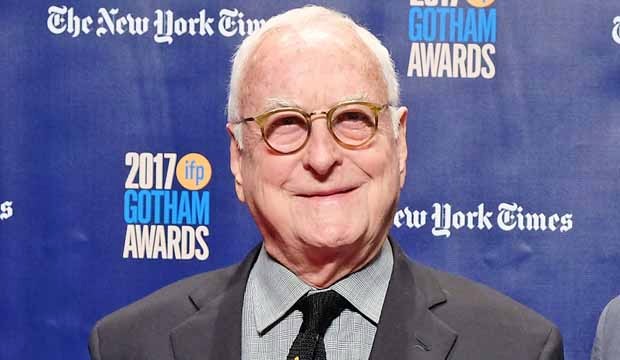 James Ivory celebrates his 92nd birthday on June 7, 2020. The director, who became an art house favorite thanks to a series of lofty literary adaptations produced by his partner Ismail Merchant, shows no signs of slowing down in his twilight years. In fact, he recently become the oldest Oscar winner in history for penning the script to “Call Me by Your Name” (2017). In honor of his birthday, let’s take a look back at 15 of his greatest films, ranked worst to best.

Although the majority of his work takes place overseas, Ivory was born in Berkeley, CA, in 1928. After cutting his teeth as a documentarian, he kicked off a professional and romantic relationship with Merchant, and together they formed the production company Merchant Ivory. Together, with screenwriter Ruth Prawer Jhabvala serving as the third member of their team, they produced a series of acclaimed films based on the works of E. M. Forster, Henry James, Kazuo Ishiguro and other seemingly unadaptable sources.

They struck Oscar gold with a trio of films that earned nominations for Best Picture, Best Director, and Best Adapted Screenplay, among several others: “A Room with a View” (1986), “Howards End” (1992) and “The Remains of the Day” (1993) (Jhabvala won for writing the first two). In each film, the trio explored how individuals bucked the strict social regiments of their era, shining a light on the hypocrisies and discriminations that still exist today. They were each noted for their superb period detail as well, with their immaculate costumes and set designs proving to be catnip for the Academy.

Not one to rest on his laurels, Ivory has remained active. At age 89, he made history as the oldest Oscar winner with a victory for Luca Guadanigno‘s “Call Me by Your Name” in Best Adapted Screenplay (because this gallery is dedicated for films Ivory directed, we didn’t include it in the ranking). He’s currently penning an adaptation of “The Judge’s Will” for Alexander Payne, based on a New Yorker short story by his late collaborator, Jhabvala, as well as a film of Shakespeare’s “Richard II.”

Tour our photo gallery of Ivory’s 15 greatest films, including some of the titles listed above, as well as “The Bostonians,” “Maurice,” “Shakespeare Wallah” and more.