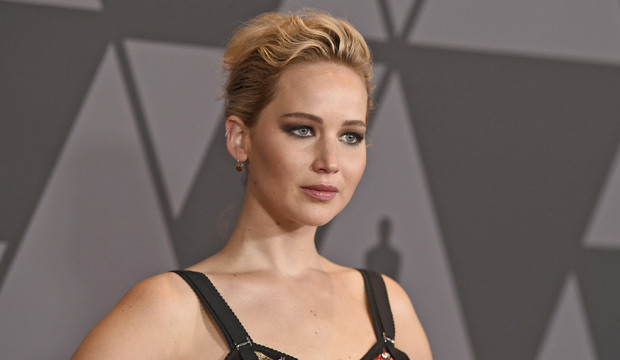 Ten years ago, in March 2012, Jennifer Lawrence became one of the biggest stars on Earth. The actress, an Oscar nominee in 2011 for her breakout turn in “Winter’s Bone,” starred as Katniss Everdeen in the film adaptation of “The Hunger Games,” and led the franchise starter to a then-record $152.5 million in opening weekend ticket sales. But Lawrence wouldn’t stop there: in November of the same year, she starred opposite Bradley Cooper in David O. Russell‘s “Silver Linings Playbook.” For that film, another box office smash, Lawrence was awarded an Oscar for Best Actress at the 2013 Academy Awards ceremony. (“Silver Linings Playbook” was the first of three highly celebrated collaborations with Russell, all of which resulted in Oscar nominations.)

At 22, her Best Actress win made her the second-youngest star to capture the award, right behind Marlee Matlin, who won the award for “Children of a Lesser God” at age 21. But Lawrence found her own place in the Oscar records book thanks to her prolific run with Russell: she managed to amass four acting nominations by the age of 25, a feat no other star has accomplished.

Lawrence remained one of the busiest actresses in Hollywood through 2018. Then she consciously slowed down, appearing in only “X-Men: Dark Phoenix” — the third of three X-Men films in which Lawrence starred — before 2021’s “Don’t Look Up.” During that time away from the screen, Lawrence got married and became pregnant with her first child.

“I was not pumping out the quality that I should have,” she told Vanity Fair in 2021 of her work following her last Best Actress nomination, for 2015’s “Joy.” “I just think everybody had gotten sick of me. I’d gotten sick of me. It had just gotten to a point where I couldn’t do anything right. If I walked a red carpet, it was, ‘Why didn’t she run?’… I think that I was people-pleasing for the majority of my life. Working made me feel like nobody could be mad at me: ‘Okay, I said yes, we’re doing it. Nobody’s mad.’ And then I felt like I reached a point where people were not pleased just by my existence. So that kind of shook me out of thinking that work or your career can bring any kind of peace to your soul.”

Lawrence returned to the screen in 2021 for “Don’t Look Up,” Adam McKay‘s satire about the end of the world. The filmmaker wrote Lawrence’s part specifically with her in mind.“I wanted to cut loose with a strong, funny truth-teller woman and that’s Jen Lawrence. I mean, that character poured out of me,” McKay said to Vanity Fair. “I would just picture Jen and you knew exactly what she would say…. She’s going to be the one who doesn’t play the game. And, of course, she’s going to be pilloried for it, which will be heartbreaking, but she’s never going to play the game.”

In honor of Lawrence’s return to the big screen, take a tour above in our photo gallery featuring her 11 greatest film performances, ranked from worst to best.