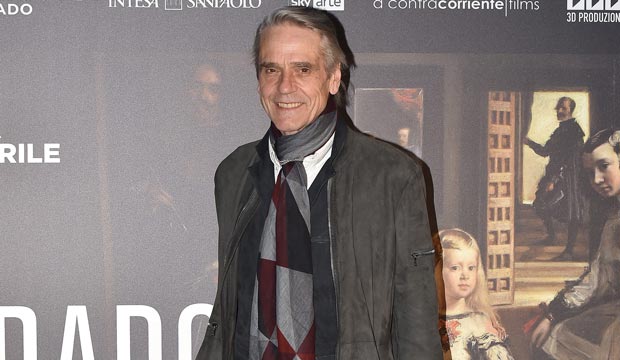 A winner of Oscars, Emmys and Tonys, Jeremy Irons has been delivering top-notch performances for four decades now, and as he has been turning his sights back to television in recent years. I suspect that we are in store for many more great performances to come.

Irons is one-for-one at the Academy Awards, winning for his only nomination in Barbet Schroeder‘s “Reversal of Fortune” as suspected murderer Claus von Bülow, considered by many to be one of the definitive performances of the ’90s. It also brought Irons his first Golden Globe Award. Irons is also perfect at the Tony Awards, winning the Best Actor award for Tom Stoppard‘s 1984 production of “The Real Thing” (hint: when Irons is nominated, he tends to win). And he was won three of the five Emmy Awards for which he has been nominated, both as an actor and as a narrator (especially with that voice).

Irons last graced American TV screens in the superhero drama series “Watchmen,” premiering October 20 on HBO, which brought him an Emmy nomination: he previously won television’s top honor for his supporting turn in “Elizabeth I” and for his narration of “The Great War and the Shaping of American History” and “Big Cat Week,” competing once more for “Brideshead Revisited.”

Let’s take a moment to raise a glass to Irons. Our photo gallery ranks his 12 greatest movie performances from worst to best, including “The Lion King,” “Dead Ringers,” “The Mission” and more.