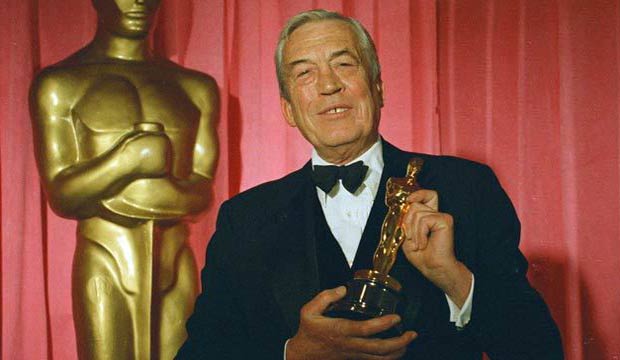 Very few filmmakers have the distinction of creating a classic on their first effort. But John Huston, one of the greatest screenwriters and directors of the 20th century, did just that in 1941 with “The Maltese Falcon” and went on to create many classics by inventing, reinventing and reinvigorating genres.

Huston was born on August 5, 1906, in Nevada, Missouri. His father was the great actor Walter Huston, and young John developed an interest in the stage at a young age watching his father perform in vaudeville. He was a sickly child with an enlarged heart and kidney ailments but eventually overcame that to drop out of school at the age of 14 to become a professional boxer.

As a young adult, Huston wrote and sold several short stories, and made his way to Hollywood when “talking pictures” created a demand for writers. He took a short hiatus from Hollywood after the car he was driving accidentally struck and killed a young actress. Even though he was cleared of wrongdoing, the incident affected him deeply.

When he returned to the film industry in 1937, he had decided that he wanted to direct the pictures he wrote. The great William Wyler was a mentor, and Huston struck a deal with Warner Bros. that he could direct a picture if the next one he penned was a success. His next script was “High Sierra,” which was a hit and made Humphrey Bogart a leading man. The studio chiefs kept their promise, allowing him to write and direct “The Maltese Falcon,” also with Bogart, who became one of his best friends and favorite actors, and cinema history was made.

Huston was a man of contrasts. He was a hard-living, hard-drinking gruff outdoorsman, who loved to hunt and loved women (he was married five times). But he also enjoyed art, and was an accomplished artist in his youth. One of his distinguishing traits as a director was his habit of sketching out scenes on paper beforehand, carefully framing his shots and characters; whereas most directors rely heavily on editing, Huston’s films needed very little because he was so precise during the shoot. He was very cerebral, and appreciated literature, which is evident in his dedication of bringing classic novels, such as “Moby Dick,” “The Red Badge of Courage” and “The Dead,’ to the big screen. As a result, his themes often involve some statement on the human condition or involved a man’s epic quest. Even in the days of the Production Code and the House Committee on Un-American Activities, the renegade filmmaker did not hesitate to confront subjects that questioned man’s morality, including greed, adultery, alcoholism, lust.

He was one of the first directors to film on locations outside of the U.S., which was very costly. Over his 60-year career, he garnered much critical acclaim, as well as nominations and awards. He received an impressive 15 Academy Award nominations, in directing, writing and acting, winning two for “The Treasure of the Sierra Madre.” At the age of 79, he became the oldest person to receive a directing nomination, for “The Dead” (1987). He is the only person to direct his parent (Walter Huston, for “The Treasure of the Sierra Madre”) and his child (Anjelica Huston for “Prizzi’s Honor”) to acting Oscars, and the family is the first to have three generations of Oscar winners. Walter and John were the first father and son to be nominated for Academy Awards in the same year (1942), and the first to win in the same year (1949). Huston directed a total of 15 actors to Oscar nominations, with four winning.

A heavy smoker for many years, he battled emphysema in his later years, often working from a wheelchair and hooked up to oxygen. On August 28,1987, he died from complications of the disease while shooting a cameo for his son Danny’s debut film “Mr. North.” A true maverick, often called the “Ernest Hemingway of the cinema,” John Huston left a legacy of classic films that will be studied, imitated, and beloved for generations.

Take a tour in our photo gallery above featuring his 15 greatest films as director or actor, ranked worst to best.