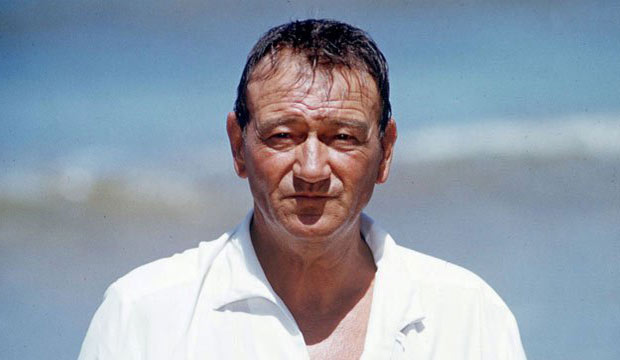 Oscar-winner John Wayne, better known as “The Duke” to his fans, starred in over 165 movies throughout his career, oftentimes playing the swaggering, macho hero of westerns and war epics. But how many of his titles remain classics? Let’s take a look back at 25 of his greatest films, ranked worst to best.

Born in 1907 as Marion Robert Morrison, Wayne worked his way up from bit player to leading man, appearing in a number of poverty row, Z-grade westerns throughout the 1930s. He shot to stardom with his role in John Ford‘s “Stagecoach” (1939), which brought new shades of nuance and artistry to the Cowboys and Indians genre. It also kicked off a lucrative, decades-long partnership between the director and star, who would make over two dozen films together, including “The Quiet Man” (1952), “The Searchers” (1956) and “The Man Who Shot Liberty Valance” (1962).

Despite being one of the top box office draws for most of his career, Wayne only received two Oscar nominations as Best Actor: one for “Sands of Iwo Jima” (1949), another for “True Grit” (1969). The latter, in which he played the drunken, one-eyed Texas Ranger Rooster Cogburn, won him his long-overdue prize, as well as a Golden Globe. He also competed in Best Picture for producing “The Alamo” (1960), which he directed and starred in. He received the Cecil B. DeMille prize in 1966.

– Original text and gallery published in May 2019.