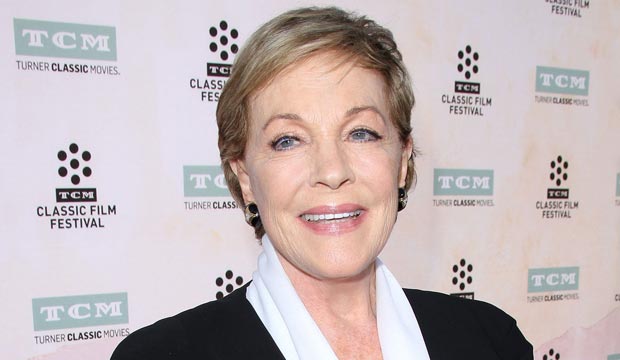 Julie Andrews started singing at a very young age. So young in fact, that at age 13, she became the youngest performer ever to give a Royal Command Performance for then British monarch King George VI. After many appearances on the British stage, Andrews made her Broadway debut at age 19 in the musical “The Boy Friend.” That performance led to her being cast as the lead in one of the biggest hits and most acclaimed productions in Broadway history, “My Fair Lady.”

Her great success in “My Fair Lady” would later become one of her greatest disappointments when she was deemed too unfamiliar to film audiences to recreate her role on film (though her Broadway co-stars Rex Harrison and Stanley Holloway were both hired). In her place the studio hired Audrey Hepburn who gave a good performance but had to have her singing dubbed by another performer. Some studios felt Andrews had appeal on film though and hired her for two films also released in 1964 aside “My Fair Lady.” One of those was “Mary Poppins” which garnered Andrews the 1964 Oscar for Best Actress. The ironic thing was that most of the other major awards that year went to “My Fair Lady,” so Andrews was reunited with her “My Fair Lady” family backstage at the Oscars while her replacement was not even nominated.

In 1969 Andrews married writer-director Blake Edwards known for such film classics as “Breakfast at Tiffany’s” and “The Pink Panther.” The pair would go on to make a number of films together including “Victor/Victoria,” which would earn both of them Oscar nominations. They would also later turn “Victor/Victoria” into a Broadway musical, bringing Andrews back to the stage thirty years after she had first triumphed there.

Celebrate the great dame’s career by touring our photo gallery of her 15 greatest movie performances, ranked from worst to best.