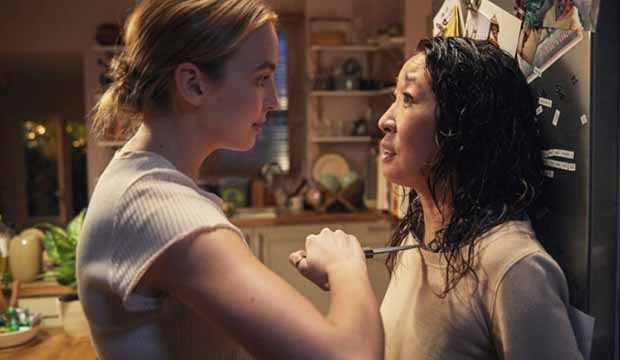 “Killing Eve” is a show known for suspense, twists, turns and, of course, shocking kills. One of the reasons the show works so well is Jodie Comer’s brilliant performance as Villanelle, the remorseless assassin and psychopath working for a shadowy organization known as the Twelve. Comer is fantastic at making us believe just for a moment that her character is capable of love or compassion, before pulling off the mask and revealing that she really is just an emotional black hole. She doesn’t just kill people, she treats her assassinations like a fun game, where she sees just how clever and sadistic she can be. The kills in the show are always equal parts horrifying and great, compelling television. As Season 3 comes to a close, let’s take a look back at Villanelle’s most memorable kills from throughout the show.

Comer’s performance in Season 2 won her an Emmy for Best Drama Actress. She’s also taken home a BAFTA and bids at SAG, the Golden Globes and Critics Choice (twice). Her co-star Sandra Oh has been nominated twice for playing Villanelle’s nemesis and love interest, Eve Polastri, winning a Golden Globe for Season 1. The series, originally created by Phoebe Waller-Bridge, has garnered 11 Emmy nominations overall, including one for Best Drama Series in Season 2.

Season 3 follows all of the major characters as they struggle to deal with the events of Season 2. Eve tries to leave her secret agent life behind completely, but eventually can’t help herself and begins to investigate the Twelve once more. Villanelle processes her “breakup” with Eve while she tries to change up her life by seeking a promotion in her murderous organization. Carolyn attempts to suppress her feelings of guilt when Kenny is killed. Konstantin is barely able to keep all of his numerous plates spinning until he literally collapses from the stress. Wherever Season 4 goes from here, it’s clear that all of the characters will once again have to face each other and reckon with the things they’ve done. While we wait to find out what happens next, check out our ranked list of every one of Villanelle’s sadistic kills from the last three seasons in the gallery below.