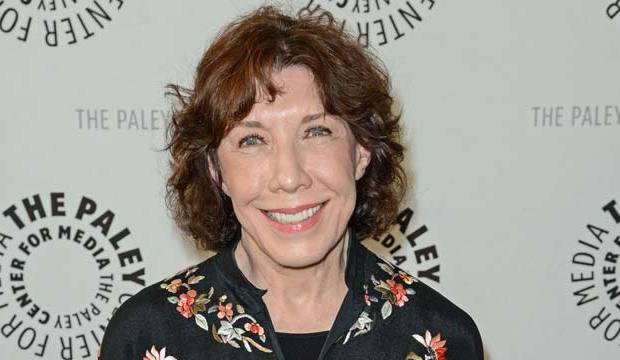 “Rowan and Martin’s Laugh-In” was one of the most popular and topical television shows of its era. The show provided a large ensemble of comedians and guest stars the chance to parody and comment on political issues of the day and coined many a popular catchphrase of the day most notably “sock it to me.” The show is even credited with helping Richard Nixon win the 1968 presidential election since the politician who had been accused of being unappealing on television when he had previously run against John F. Kennedy appeared on the show to utter the sock it to me joke and subsequently won the presidency two months later. In the middle of the third season, just as the show was about to lose Goldie Hawn, one of its most popular stars, a savior appeared in the guise of Lily Tomlin.

Tomlin joined the show and became an almost instant sensation with her variety of characters that she had long spent developing in various comedy venues. One of the most popular of her various characters was Ernestine, a telephone operator who rudely dealt with her customers back in the days when there was only one phone company and good customer service wasn’t necessary. (As Ernestine once said “don’t like your phone service, try using to Dixie cups and a string.”) Another audience favorite was Edith Ann a five and a half year old girl who sits in a huge rocking chair and pontificates on various topics always ending each monologue with “and that’s the truth.” Tomlin made comedy albums featuring each of the characters. The Ernestine recording won a Grammy for Best Comedy Album and remains the number one selling comedic album by a female comic ever. The Edith Ann recording was also nominated for a Grammy and remains the third best selling album by a woman ever.

When “Laugh-In” ended its run, Tomlin began a film career but continued her television work with a series of acclaimed comedy specials which brought her four Emmys as a producer and writer.  Tomlin also found success on the Broadway stage first in a series of sketches and characters entitled “Appearing Nightly” which received an honorary Tony Award and then in a full length one woman play entitled “The Search for Signs of Intelligent Life in the Universe,” which was written by her wife Jane Wagner. That play was an enormous tour de force vehicle for Tomlin and brought her a Tony Award for Best Actress in a Play.

In recent years Fonda has reunited with her “9 to 5” partner Jane Fonda for the comedy series “Grace and Frankie,” for which she received four Best Comedy Actress Emmy nominations.

Let’s tour her 15 greatest film performances, ranked worst to best, in the photo gallery above. It includes her Oscar-nominated work in “Nashville” plus “All of Me,” “The Late Show” and more.