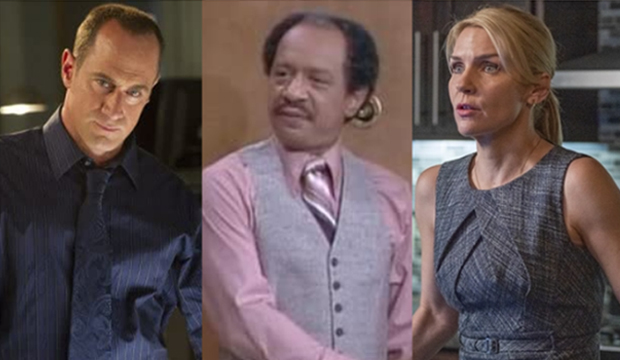 Eleven actors were first nominated for their respective shows’ sixth seasons, and another 15 were forced to wait between seven and 13 years for their initial mentions. Scroll through our photo gallery below to learn more about these 26 instances of specific TV character performances that finally earned Emmy bids after six or more years.

This list only includes performers who were classified as comedy or drama series regulars for six full seasons each before first being nominated for said shows. For example, this rules out Marla Gibbs, who appeared in every season of “The Jeffersons” and received her first supporting bid for its seventh, but had been deemed a guest star until season four. Also excluded are variety show nominees who meet the season number requirement but mainly played non-continuing characters, such as Kenan Thompson (“Saturday Night Live”) and Harvey Korman (“The Carol Burnett Show”).