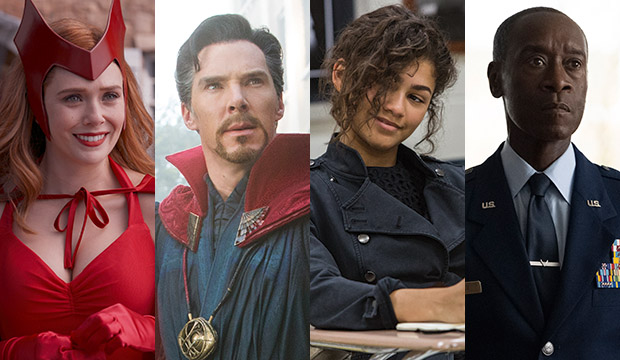 Phase Four of the Marvel Cinematic Universal closed out with the release of “Black Panther: Wakanda Forever” on Friday, Nov. 11. The sequel to 2018’s “Black Panther,” from director Ryan Coogler and starring Letitia Wright, Lupita Nyong’o and Angela Bassett, is the 30th feature film in the MCU. But if that isn’t impressive enough, the MCU has been just as busy on the small screen. Since January 2020, Marvel has released seven live-action TV shows on Disney+ as part of Phase Four. In 2022 alone, there were the limited series “Moon Knight” starring Oscar Isaac; the coming-of-age series “Ms. Marvel,” which stars Iman Vellani as Kamala Khan, the MCU’s first Muslim superhero; and “She-Hulk: Attorney at Law,” starring Emmy winner Tatiana Maslany. With each new addition to the MCU’s slate, the pedigree of the mega-franchise grows. There are now a whopping 121 performers in the MCU who have Emmy nominations to their names. And after the 74th Primetime Emmy Awards in September, some can call themselves winners as well.