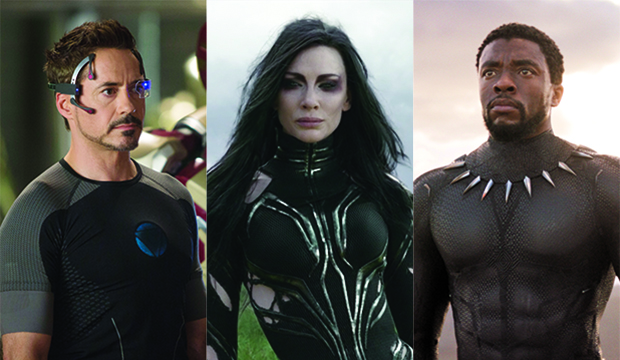 It does not matter what superpowers you may have, you cannot stop the expansion of the Marvel Cinematic Universe. The popular comic book franchise led by the indefatigable Kevin Feige has grown to include 28 feature films following the May 6 release of “Doctor Strange in the Multiverse of Madness,” the Sam Raimi-directed sequel to “Doctor Strange” (2016) starring Benedict Cumberbatch and Elisabeth Olsen. By the end of the year, that number will officially reach 30 with the debuts of the highly anticipated films “Thor: Love and Thunder” (out July 8) and “Black Panther: Wakanda Forever” (Nov. 11). The MCU has been just as busy on the small screen too. We’ve now seen five live-action TV shows on Disney+, including the recently concluded (and trippy) “Moon Knight” starring Oscar Isaac. At least two more shows are slated for 2022. On the heels of “Multiverse of Madness,” and with “Thor: Love and Thunder” coming up fairly quickly, we’ve pulled together the entire list of actors who’ve appeared on screen in the Marvel Cinematic Universe and who also have at least one Oscar nomination to their name in any category. It’s a long list, and it could grow longer any second, as we’ve seen already.