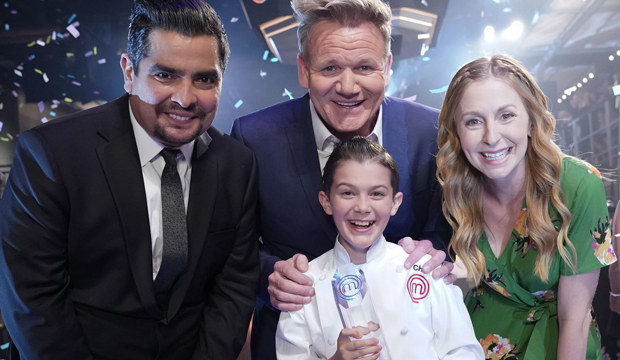 Gordon Ramsay’s hit reality TV show “MasterChef” was given the spin-off treatment in 2013 when an all-kids version, dubbed “MasterChef Junior,” debuted on the Fox network. Young chefs with a dream of cooking for a living were allowed to compete on the reality TV show as long as they were between the eligible ages of 8-13. The first-ever champion was Alexander Weiss (age 13), who beat out a dozen others to claim the trophy and the $100,000 cash prize. If you need a refresher on all of the “MasterChef Junior” winners now, scroll through our photo gallery below.

Besides Ramsay, other judges to call the shots on the competition series have included Graham Elliot, Joe Bastianich, Aaron Sanchez and Christina Tosi. Initially people were concerned that Ramsay’s penchant for throwing out F-bombs on shows like “MasterChef” and “Hell’s Kitchen” would be a problem on “Junior,” but the British chef was able to hold his tongue around all of the talented tykes. Ramsay earned an Emmy nomination for Best Reality Host in 2017 for his work on the show.