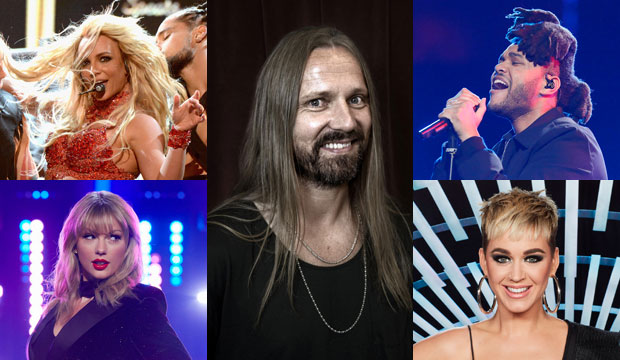 If you’ve listened to any pop music since the 1990s, you’ve listened to Max Martin. The Swedish songwriter and record producer has been omnipresent in the industry for decades, and he has masterminded some of the best known hits of the modern era. That includes more than 20 songs that have reached number-one on the Billboard Hot 100 singles chart. Scroll down to see every single one of them.

Martin rose to fame in the 1980s as the frontman of the band It’s Alive before turning to writing and production in the 1990s when he wrote music for pop juggernauts like Britney Spears, Backstreet Boys and NSYNC. Spears’s breakthrough hit “Baby One More Time” would be his very first Billboard chart-topper, but far from his last. He followed those collaborations by teaming up with Pink, Katy Perry, Taylor Swift, The Weeknd and more.

He was named Songwriter of the Year a whopping 11 times by the American Society of Composers, Authors and Publishers, but it took him a while to finally earn the respect of the Grammys. He lost seven nominations between 2000 and 2014 before finally taking home his first trophy in 2015 for Producer of the Year (Non-Classical). He followed that by winning Album of the Year twice as a producer on Swift’s “1989” and Adele‘s “25.”

Overall he has won five Grammys out of 21 nominations. Those nominations include five for Record of the Year, four for Song of the Year, and a remarkable seven for Album of the Year including the two aforementioned wins. He even picked up an Oscar nomination (and another number-one hit) by co-writing “Can’t Stop the Feeling” for Justin Timberlake from the animated film “Trolls.” What’s your favorite Max Martin hit?