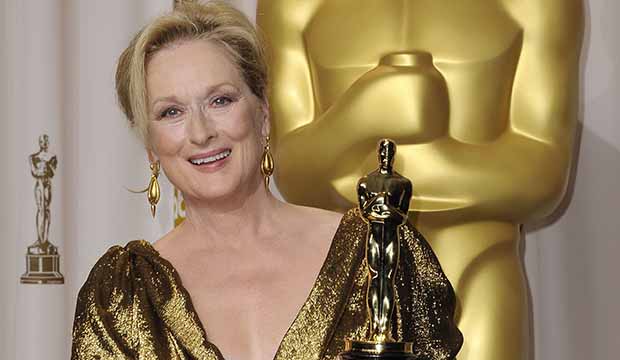 In honor of Oscar’s favorite actress, Netflix and chill with 7 Meryl Streep outings.

Since 1977, when she made her feature debut in “Julia” opposite Jane Fonda, Streep has become a steady fixture during  Hollywood’s awards season. She continues to hold the record as the actor with the most Oscar nominations at 21 and has won three times. In 2018, she was up for a Golden Globe for her passive-aggressive granny on HBO’s “Big Little Lies” and played the quite rich and highly opinionated dowager Aunt March in Greta Gerwig’s Best Picture nominated adaptation of “Little Women.”

But mighty Meryl was also wooed to do her first role for a streaming site this year – namely Netflix. Directed by esteemed Steven Soderbergh, “The Laundromat” is a twisty, multi-layered account of the Panama Papers scandal involving offshore bank accounts, shell companies and other shady ways that the wealthy can avoid taxes and maintain their status.

If you are caught up on your awards contenders viewing, you might want to check out Streep’s role as a widow who is cheated out of an insurance settlement after her husband drowns when a tour boat capsizes. But while you are on the Netflix site, you can also enjoy a mini Streep binge-athon of six more of her titles if you are so inclined.

Here are the other offerings, ranked worst to best, including a few for which she received some of those many Oscar nominations.