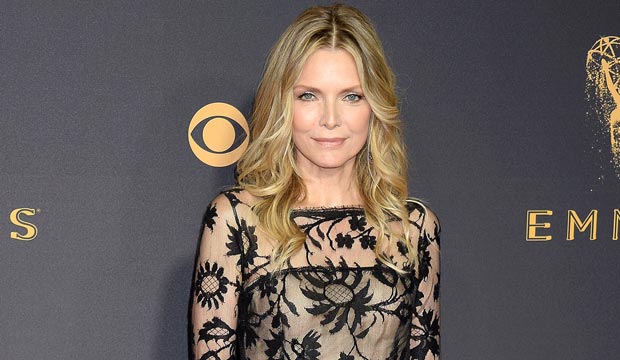 Michelle Pfeiffer celebrates her 62nd birthday on April 29, 2020. The three-time Oscar nominee has starred in a variety of classics in her long career, excelling at everything from comedy to drama, romance and action. Take a look back at 15 of her greatest films, ranked worst to best.

Pfeiffer has had a nearly 40-year career on screen and has managed to overcome being known at first just for her looks. While her beauty was prominently on display in many of her first roles she quickly became more than just a pretty face and plunged herself into deeper and more complex roles. Pfeiffer’s first professional acting job was on a TV series version of the film “Animal House” called “Delta House.” Her character on the TV show was referred to simply as “The Bombshell.” This debut hardly signaled the arrival of an actress good enough to someday earn three Oscar nominations (“Dangerous Liaisons,” 1988; “The Fabulous Baker Boys,” 1989; “Love Field,” 1992) and seven Golden Globe nominations along with one win.

After “Delta House” Pfeiffer made the rounds of episodic TV appearing on everything from “Fantasy Island” and “CHiPS” to a string of TV movies including a remake of “Splendor in the Grass” which starred Melissa Gilbert. Film stardom came more difficulty. Her first role was in an obscure Elliot Gould film called “Falling in Love Again.” She then did “Charlie Chan and the Curse of the Dragon Queen,” which failed despite the presence of such Oscar winning actors as Peter Ustinov and Lee Grant. Pfeiffer then was cast in the lead role of “Grease 2” which despite being clobbered by critics upon its release found the way into the hearts of teenagers on cable TV and endeared Pfeiffer to Hollywood enough to keep her employed ever since.

While her film career seemed to slow down a lot in recent years she was bouncing back in 2017. Within the past few months she had the release of “Mother!”, a stand-out role in the remake of “Murder on the Orient Express” and last year earned her first Emmy nomination for the Bernie Madoff biopic “The Wizard of Lies” opposite Robert De Niro.

Let’s take a tour of her career in our photo gallery, and see if your favorite tops the list.