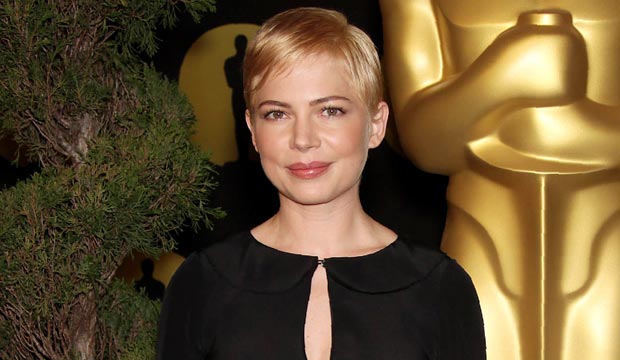 Michelle Williams has always gone her own way. The Montana-born actress was legally emancipated from her parents at age 15 so that she could better pursue her acting career and pursue it she did. By age 18, she was starring in the popular TV drama “Dawson’s Creek,” in which she played Meg, a loose big-city teen who relocates to small-town life. In her time away from the TV series, she acted in many small independent films, none of which connected until 2003, when one finally did — Tom McCarthy‘s “The Station Agent,” in which she played a small-town librarian who becomes close to a socially-withdrawn dwarf (Peter Dinklage). That performance earned Williams her first SAG Awards nomination for Best Ensemble.

From there Williams’ film career took off with powerful performances in such films as “Brokeback Mountain” (2005), “Blue Valentine” (2010), “My Week with Marilyn” (2011) and “Manchester By the Sea’ (2016), earning her four Oscar nominations to date, five Golden Globe noms (with one win) and six Screen Actors Guild nominations. In addition, for her Broadway performance opposite Jeff Daniels in 2016’s “Blackbird,” Williams received her first Tony Award nomination. Her performance in “Fosse/Verdon” brought her prizes at the Emmys, Golden Globes, SAG and Critics Choice Awards.

Take a tour of her 12 greatest screen performances, ranked worst to best.