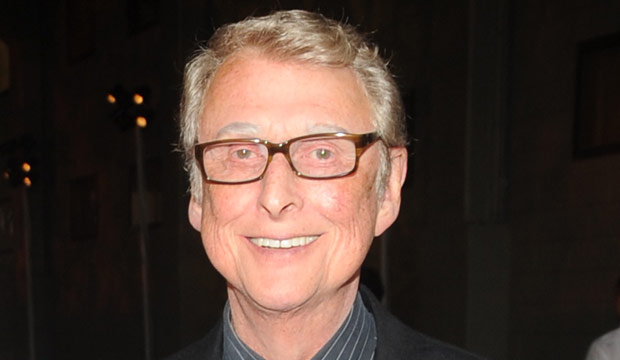 One of the few people to complete the EGOT (Emmy, Grammy, Oscar, and Tony wins), acclaimed director Mike Nichols excelled in film, television and theater until his death in 2014. His extraordinary life is the subject of a new biography by Mark Harris, appropriately titled “Mike Nichols: A Life.” Let’s take a look back at all 18 of his movies, ranked worst to best.

Born in 1931 in Berlin, Germany, Nichols got his start as one half of the comedic improvisational act Nichols and May, working alongside Elaine May. In 1960, the two opened the Broadway show “An Evening with Mike Nichols and Elaine May,” winning a Grammy in 1962 for the LP version. Their partnership ended just a year later, though they would collaborate several times thereafter, including on “The Birdcage” (1996) and “Primary Colors” (1998).

He turned to filmmaking with a scabrous, controversial adaptation of Edward Albee‘s taboo-shattering play “Who’s Afraid of Virginia Woolf?” (1966). It’s profanity-laced, sexually-explicit dialogue was so shocking that it led to the creation of the MPAA ratings system as a replacement for the stringent Motion Picture Production Code. The Academy greeted Nichols with his first Oscar nomination for Best Director, one of 13 bids the film received overall. Though it won 5 prizes, including acting awards for Elizabeth Taylor (lead) and Sandy Dennis (supporting), Nichols went home empty-handed.

Oscar voters didn’t take long making it up to him. Just one year later, Nichols took home the gold for helming the groundbreaking sex comedy “The Graduate” (1967). It was the only prize he would win from the Academy, though he would compete three more times (Best Director for “Silkwood” in 1983 and “Working Girl” in 1988; Best Picture for “The Remains of the Day” in 1993).

Nichols showed talent on the small screen as well, bringing a cinematic sensibility that would permanently up the game for television. He won Emmys for directing and producing the TV movie “Wit” (2001) and the landmark limited series “Angels in America” (2003), a star-studded adaptation of Tony Kushner‘s Pulitzer Prize-winning play. These victories allowed him to complete the grand slam of show business awards, otherwise known as the EGOT. (Although they’re worthy of inclusion on lists of the director’s best work, this gallery is strictly for theatrical releases. We also left off the documentary “Gilda Live” to focus on his narrative work.)

Tour our gallery of Nichols’ 18 films, ranked worst to best, including a few for which he should’ve reaped Oscar nominations.