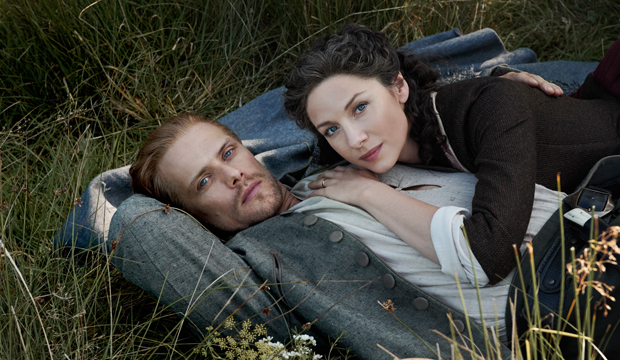 “Love, exciting and new. . . Love, life’s sweetest reward. . .” From 1977 to 1987, “The Love Boat” offered a new adventure each week, with couples finding romance aboard the cruise ship. The decade-long success of this series indicates the thirst audiences have for love stories. It was during this time that “will-they-or-won’t they” couples became a popular concept, leading to some of the most popular onscreen pairings of all time. In honor of Valentine’s Day, we look back at some of the couples who have heated up our screens over the last few decades.

In the 1980s, a detective series called “Remington Steele” introduced us to the mysterious “Mr. Steele” and his partner Laura Holt. With its blend of humor, mystery and drama, as well as witty banter between the two leads, this series not only made a star out of Pierce Brosnan, but also popularized the mixing of genres and the coupling of characters who clash, but also have undeniable attraction. In the almost 40 years since, there have been dozens of couples who keep us glued to our screens. First kisses! Breakups! Getting back together! None did that more often than Sam and Diane (“Cheers”).

Some of these romances are between two teens experiencing first love, such as Corey and Topanga (“Boy Meets World”) or Kurt and Blaine (“Glee”). Some are between two people who have had relationships and ups and downs, but have finally found their “lobster,” like (you know it) Ross and Rachel (“Friends”) or Derek and Meredith (“Grey’s Anatomy”). With some, like Overton and Synclaire (“Living Single”), there’s a slow build and a sweet romance that screams for a happy ending; with others, such as Fitz and Olivia (“Scandal”), there’s a fiery passion that seems doomed. Or it could be passion across time and universe, like Claire and Jamie (“Outlander”).

Some of these couples get a happy ending, despite years of obstacles that seem to constantly tear them apart (making us unable to tear ourselves away from the screen!). Some seem to have found a happy ending, only to meet with tragedy – and fans screaming “NOOOOO!” at their television sets. And some, despite fans cheering them on, just don’t make it all the way. Did your favorite couple make the list?

Tour our ranked photo gallery featuring the 25 most passionate TV couples ever. Our choices are duos that either didn’t get married during the series or it was for a very brief time. To see our TV married couple gallery, click here.