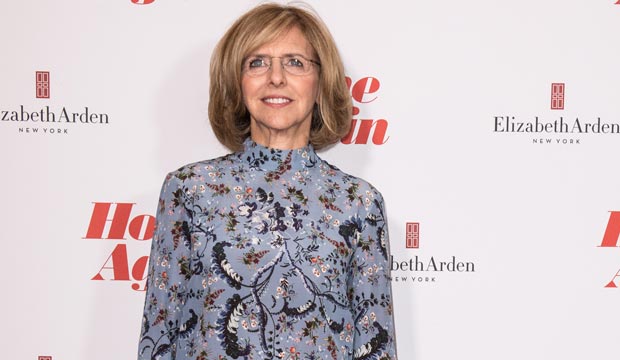 That is just some of the reasons why the Writers Guild of America’s is presenting Meyers with the WGA West’s 2020 Laurel Award for Screenwriting achievement during the group’s awards ceremony on February 1 in Los Angeles.

“Nancy Meyers is the writer many of us aspire to be – her scripts walk the line of blending challenging ideas with comedic situations, dramatic themes with hard jokes,” said WGA West president David A. Goodman about the honoree. “Her work consistently proves that movies about the foibles and frailties of humans will be commercially successful in the hands of a master of her craft. The WGAW Board of Directors is thrilled to give her this award.”

At a time when female filmmakers continue to be treated like second-class talents by major studios, this petite 70-year-old whiz definitely is treated like a brand worth investing in, much like her successful male counterparts. As Meyers told The New York Times in 2009, “My movies are not messed with by the studios.” The lady also has final cut on her films, a rare privilege for a director. Here is a ranking of 10 of her greatest films – some made with her ex-husband Charles Shyer before she went solo — from worst to best, including the remake of “The Parent Trap,” “Something’s Gotta Give” and “The Intern.”