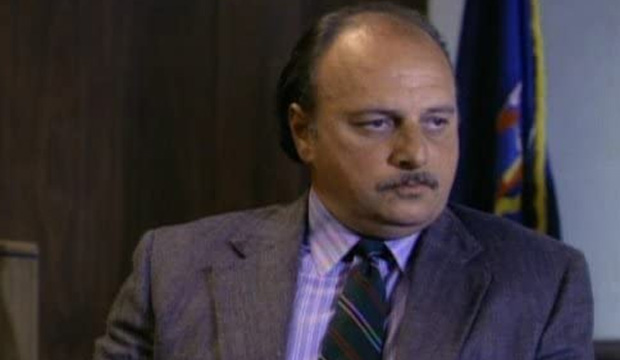 When the ABC drama “NYPD Blue” premiered in the fall of 1993, it shocked and impressed viewers with its gritty portrayal of the lives of police officers. Its initial plot structure that evenly focused on two detective partners was quickly reworked when one, Andy Sipowicz, surged in popularity. Dennis Franz starred as Sipowicz for the entire dozen-year duration of the series, during which the character changed partners three times. By 1999, Franz had made history as the first quadruple Best Drama Actor Emmy winner.

Franz’s last victory came for his work in the sixth season episode “Safe Home,” wherein his character’s mental state is exacerbated by his alcoholism following the brutal killing of his wife, Sylvia (Sharon Lawrence). With this win, the 54-year-old held his previously acquired position as the category’s eighth oldest champion. Over two decades later, he still places among the top 10.

Since 1959, a total of 41 actors have won for their lead roles on continuing drama programs, beginning with Raymond Burr (“Perry Mason”). Including Burr and Franz, 11 of the winners have triumphed multiple times.

Check out our photo gallery to find out who ranks ahead of Franz on the list of 10 oldest Best Drama Actor Emmy winners.