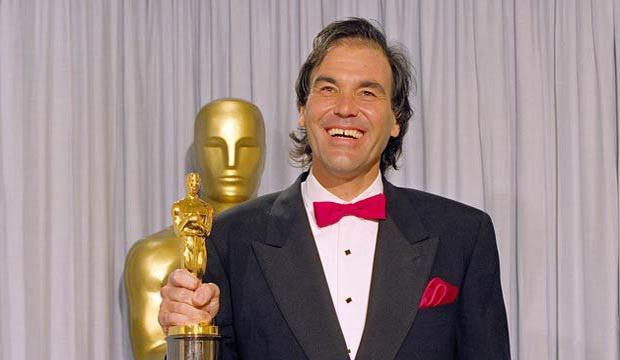 Three-time Oscar winner Oliver Stone has courted controversy with a series of technically ambitious, rabble rousing political dramas, chronicling the highs and lows of American history. But how many of his titles remain classics? In honor of his birthday, let’s take a look back at all 20 of his films, ranked worst to best.

He emerged as a an A-list director when he was 40 years old with a pair of acclaimed war dramas released in 1986: “Salvador” and “Platoon.” Both earned him Best Original Screenplay nominations, while “Platoon,” which was based on his own experiences as a soldier in Vietnam, earned him his first Best Director prize (it won three additional awards, including Best Picture). He took home his second directing award just three years later for another Vietnam War drama, “Born on the Fourth of July” (1989), for which he also reaped bids in Best Picture and Best Adapted Screenplay.

Stone returned to the Oscar race with “JFK” (1991), an ambitious and controversial examination of the conspiracy theories surrounding the Kennedy assassination. Despite receiving criticism for its dubious handling of facts, the film still reaped Best Picture, Best Director and Best Adapted Screenplay bids for Stone. He earned his last nomination in Best Original Screenplay for “Nixon” (1995), a biographical drama of disgraced former President Richard Nixon (Anthony Hopkins).

Stone has also worked on a number of expansive and controversial documentaries, most notably the multi-part series “The Untold History of the United States.” He made three nonfiction films about Fidel Castro (2003’s “Comandante,” 2004’s “Looking for Fidel” and 2012’s “Castro in Winter) and one series on Vladimir Putin (2017’s “The Putin Interviews”).