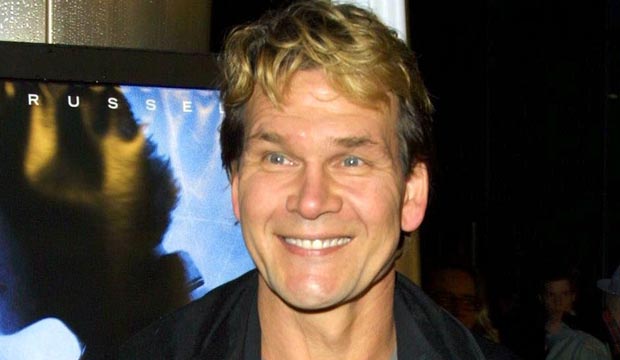 Although his films for the most part weren’t award winners or critical successes, Patrick Swayze starred in a stream of commercially successful movies that have since gone on to attain cult status. Two set the standard for the iconic 1980s Brat-Pack teen movies, and two films that have become a huge part of pop culture. Men wanted to be him, women loved him and he is one of the actors that comes to mind as one we lost much too soon.

Patrick Wayne Swayze was born on August 18, 1952, in Houston, the second of five children. His mother owned a dance studio, and Swayze became an accomplished dancer, although he was bullied in school for his training in classical ballet. As a teen, he honed several skills besides dance, including ice skating, acting in school plays, martial arts and football. His hopes for a football scholarship were dashed when he injured his knee. This variety of interests and skills led to an interesting and diverse career as a dancer, songwriter, romantic lead and action hero who could perform his own stunts.

Swayze found success on stage, as well as in television and film. He began his professional life in the 1970s as Prince Charming for a Disney theatrical group in “Disney on Parade,” followed by a stint as Danny Zuko in the Broadway production of “Grease.” He found steady work in television beginning in the 1980s, including an episode of the acclaimed sitcom “M*A*S*H” and a lead role in the popular Civil War miniseries “North and South” (1985). On the big screen, he became a heartthrob in the teen films “The Outsiders” (1983) and “Red Dawn” (1984). In 1987, at the age of 35, he had his breakout role in the sleeper hit “Dirty Dancing,” which garnered him his first of three Golden Globe nominations and led to a stream of commercial successes, including “Road House” (1989), “Ghost” (1990) and “Point Break” (1991).

His onscreen persona was the cool, unflappable guy who in some films danced and in others was the underdog who fought corruption. Men enjoyed his action films, and women swooned over him, leading him to be named People magazine’s “Sexiest Man Alive” in 1991. Offscreen, he seemed just as balanced with a happy 34-year marriage to wife Lisa Niemi, a fellow dancer he met at his mother’s dance studio. However, he confessed that he struggled with fame and “self-deprecating rage,” resulting in alcoholism and heavy smoking (some reports claimed he smoked up to 60 cigarettes in a day). He credited his interest in martial arts and spirituality, as well as his strong relationship with Niemi, as his saving graces.

In addition to drinking and smoking heavily, the demands from dancing, athletics and stunt work took a toll on his body. He injured his knee by falling off the log in the famous scene from “Dirty Dancing” and cracked ribs while surfing in “Point Break.” In 1997, while filming the HBO film “Letters from a Killer,” he fell from a horse and hit a tree, breaking both legs. Filming was delayed for two months while he recovered; when it was complete he took additional time away from acting commitments to further recover. Then, in December 2007, shortly after filming the pilot episode of his new television series “The Beast,” Swayze was diagnosed with Stage IV pancreatic cancer.

Swayze bravely fought the cancer, receiving treatments, and continuing work on “The Beast,” as well as speaking out about his battle and his hopes for cure. However, he lost his battle on September 14, 2009, with his family at his side. For those of us who fell in love with “Johnny Castle” or “Dalton” it’s hard to believe it’s been a decade since we lost him. But he left a catalogue of films that will continue to bring hours of pure enjoyment for generations to come.

Tour our photo gallery above, where we feature his 15 greatest film performances, ranked from worst to best.