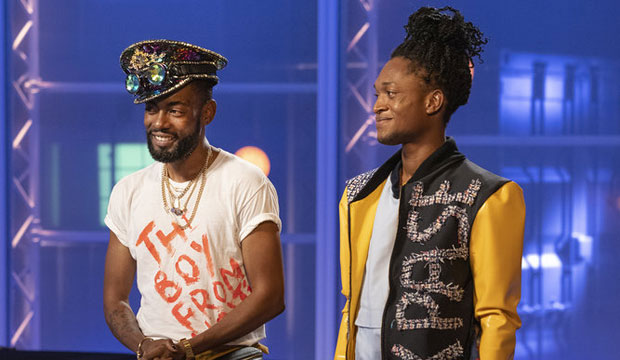 Setting yourself apart from your fellow designers is the key to winning “Project Runway,” so of course prevailing in the week-to-week design challenges is important along the way. Not only does it earn you immunity from elimination in the following challenge in the earlier weeks of the season, it also crucially establishes your reputation in the eyes of the judges. However, beauty is in the eye of the beholder, so scroll down to see the looks that won each challenge this season, and decide for yourself if they really deserved such high praise.

Elle Magazine editor-in-chief Nina Garcia has been judging “Project Runway” from the very beginning, and just like in seasons 17 and 18 she’s joined by journalist Elaine Welteroth, fashion designer Brandon Maxwell, and an eclectic array of guest judges to determine who stays, who goes, and who ultimately wins the grand prize: $250,000, a feature in Elle, and a mentorship with the Council of Fashion Designers of America. Season four “Runway” champ Christian Siriano continues to mentor the talented hopefuls.