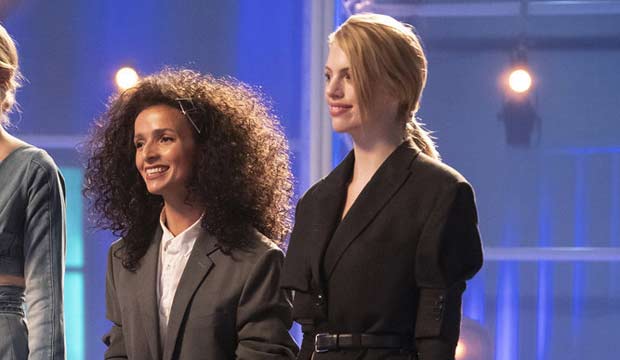 How do you win over “Project Runway” judges Karlie Kloss, Nina Garcia, Brandon Maxwell and Elaine Welteroth? The answer to that question changes from week to week, but no matter what you’ve got to be adaptable, true to yourself, original, and for the love of God send a finished look down the runway. Double-sided tape and unfinished hems will only get you so far. Scroll down to see all the winning looks from season 18.

Some “Runway” designers excel by stripping out excess, like Brittany Allen did with a chic black space station jump suit that Garcia called “the future Audrey Hepburn.” But simplicity is a risk. If you strip out too much, the judges might not see any meaningful ideas in your look at all (poor Jenn Charkow had an understated jump suit on that same runway, but it left the judges confused about who she was as a designer, and she got the boot).

Or you could deconstruct fashion altogether. The judges lavished praise on contestants who have pushed the envelope, like Victoria Cocieru with her asymmetric, geometric constructions, or Sergio Guadarrama‘s cocktail dress made of wrapping paper, jingle bells and a basket. The most successful designers of this and every season are the ones who show the judges something they haven’t seen before while maintaining their distinctive points of view.

But as the saying goes, one day you’re in and the next you’re out, so perseverance through a wide variety of challenges is just as important as innate talent. Also, you probably shouldn’t get lippy about the Kushners. Just saying.