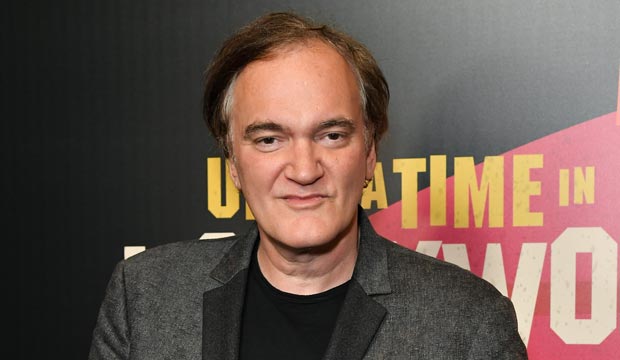 Have you seen Quentin Tarantino‘s latest Oscar-winning hit yet? “Once Upon a Time in Hollywood,” his loving tribute to the movies, music and television of 1969 Los Angeles, is now available to watch on Starz, so if you missed it in the theaters, you can finally catch up with it in your home. And while you’re at it, revisit his entire filmography by taking a look back at all 10 of his films, ranked worst to best.

Born in 1963, Tarantino redefined independent cinema with his pulpy mix of violence, dark humor and pop culture, crafting several modern classics. But before he made history, he made a living as a video store clerk while penning spec scripts. He made his directorial debut with “Reservoir Dogs” (1992), a “Rashomon”-esque crime drama about a botched jewel heist. Two more of his scripts, “True Romance” (1993) and “Natural Born Killers” (1994), were later produced by Tony Scott and Oliver Stone, respectively.

He wracked up three more nominations for “Once Upon a Time in Hollywood” (2019), which personally brought him bids for Best Picture, Best Director and Best Original Screenplay (plus ones for stars Leonardo DiCaprio and Brad Pitt, who won the Best Supporting Actor prize). The film also brought him his third Golden Globe for Best Screenplay, a trophy he previously won for “Pulp Fiction” and “Django Unchained.”

Tour our photo gallery of Tarantino movies, and see how his latest feature stands up to the rest of his filmography.