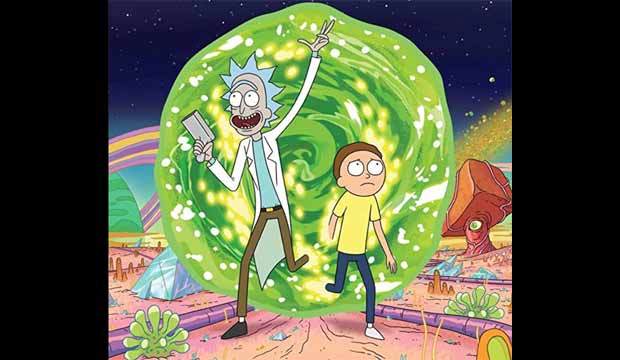 Aw geez, Derbyites. We know that new episodes of “Rick and Morty” are a long way off! Luckily, we at Gold Derby will try to help you pass the time and get ready for the upcoming fourth season with our ranking of the 15 most hilariously twisted episodes of the series thus far, ranked least to most warped. Tour the photo gallery.

The twisted humor of the Justin Roiland and Dan Harmon created series has always been at the heart of what makes this show so incredible. Being in the medium of animation along with the science-fiction genre has given the show a perfect one-two punch in terms of how far out it can go with mind-bending and completely insane aspects of its story.

Rick’s twistedness is evident right from the get-go but becomes much more defined as the show progressed. One of the highlighted episodes that demonstrated this include the Emmy-winning “Pickle Rick,” where Rick turns himself into a pickle, gets swept down a storm drain and is forced into a bloodstained battle with armies of roaches, rats and an intelligence agency. It’s also seen in “Vindicators 3: The Return of Worldender,” where Rick, in the midst of being blackout drunk, sets up life and death challenges (in the mold of the “Saw” movies) for the super squad where they’re picked off one-by-one.

But the craziness is also spread out among all the show’s characters and we tried to include that in this list. Morty gets his own share of insanity, most notably in “Look Who’s Purging Now,” which sees the adolescent completely lose it and start ruthlessly slaughtering people during a “Purge”-like festival. Summer’s emotional journey is the most striking. She starts as someone who’s caught up in twisted situations, like her encounter with the security protocol to “keep Summer safe” in Rick’s vehicle in “The Ricks Must Be Crazy.” By the time season three came around, she was in a much darker place as she comfortably fit in with the Death Stalkers in “Rickmancing the Stone.”

Beth and Jerry are on a level that’s all to themselves. Jerry’s emotional insecurity and total fear of confrontation have brought on potentially devastating situations. We see this best displayed in “The ABC’s of Beth,” where Jerry starts dating an alien hunter but when he wants to breakup with her, he fears her violent nature and blames Summer and Morty for forcing the split. The same episode also displayed some of the twisted levels of Beth with her having to revisit the fantasy land where she trapped her childhood friend who has been forced to survive through incest and cannibalism. They even display a combined level of insanity in “Big Trouble in Little Sanchez” when, at an alien couple’s therapy retreat, physical manifestations of how they see each other take over the facility.

Can you guess which episode is the most twisted in our rankings? Here are some of the other episodes that placed on this list: “Rest and Ricklaxation,” “Total Rickall,” “The Rickshank Rickdemption,” “Rick Potion #9” and “The Ricklantis Mixup.”