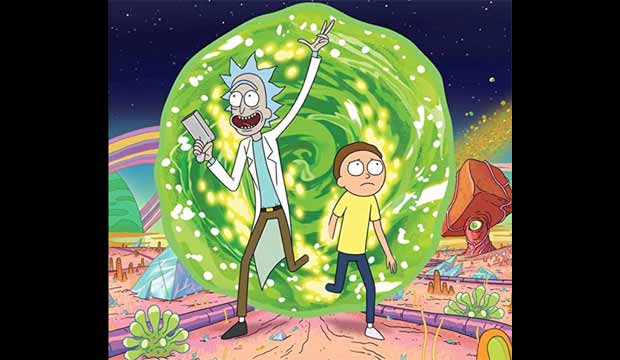 It sometimes feels like Justin Roiland is playing games with us. After airing the first five episodes of the fourth season of “Rick and Morty” late last year, we are still waiting for the rest of the season’s hilarious episodes to air! It’s almost too much to take! Luckily, to help hold you over, Gold Derby is offering an updated photo gallery ranking all 36 episodes of the Emmy winning show, including the fourth season, ranked worst to best. Click through our photo gallery above and see where your favorite episode is ranked.

The show (created by Roiland and Dan Harmon) centers around the two title characters: Rick Sanchez, a severely alcoholic mad-scientist who doesn’t believe in most conventional wisdom, and Morty Smith, Rick’s emotional and not-so-bright grandson (both voiced by Roiland). Rick is constantly going on adventures through galaxies and alternate realities and bringing Morty along for the ride. Rick’s abrupt return into the life of his daughter, Beth (Sarah Chalke), after having been absent for over 20 years, rocks the foundation of the entire family including Beth’s emotionally needy husband, Jerry (Chris Parnell), and their status-seeking daughter, Summer (Spencer Grammer).

The origin of the show started when Roiland met Harmon through “Channel 101,” a monthly, non-profit exhibition of short programming that Harmon had been a co-founder of. One of Roiland’s creations was an animated short called “The Adventures of Doc and Mharti,” which starred parody versions of Doc Brown and Marty McFly from “Back to the Future.” The short got a very positive reaction from audiences and Roiland would make several more. When Harmon was approached to create a series for Adult Swim, he consulted with Roiland for ideas on an animated show and repeatedly brought up the Doc and Mharti characters being expanded into their own show. Adult Swim did like the idea but was hesitant to allow Roiland to do the voices of both main characters since they felt Morty was very underdeveloped. Harmon and Roiland put together an additional scene with Morty being more assertive and the network gave them both the thumbs up.

Debuting in December of 2013, “Rick and Morty” was a hit right off the bat with both audiences and critics. The first season of the show averaged over 1.5 million viewers for each newly aired episode. Each episode’s first airing has attracted more than a million viewers, which is very good for a basic cable program that’s airing after 11:00 pm on a Sunday. The one exception was the third season premiere, but that can be easily attributed to the fact that it premiered with no advance notice and people only found out about it through word-of-mouth and social media. Critics have consistently praised the show as well, with the first and third seasons both scoring a 96% score on Rotten Tomatoes. Seth Abramson of IndieWire wrote, “The program’s plot and characters move so seamlessly between opposing poles of thought and feeling that calling it “sci-fi” does it a disservice.” Brian Lowry of Variety said, “The show avoids some of the traps associated with the genre, actually telling stories beyond just the customary rat-a-tat gags and pop-culture references.” All this culminated in 2018, when the episode, “Pickle Rick,” won the Emmy for Best Animated Program.

Can you guess which episode is #1 in our gallery above? Here are some of the ones near the top: “Rixty Minutes,” “Meeseeks and Destroy,” “Total Rickall,” “The Rickshank Redemption,” “The Wedding Squanchers” and “Edge of Tomorty: Rick Die Repeat.”