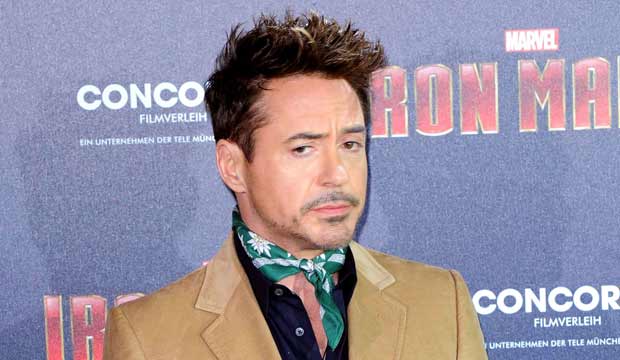 Robert Downey Jr. celebrates his 55th birthday on April 4, 2020. The two-time Oscar nominee has had his share of ups-and-downs, but he’s been more in demand than ever lately thanks in large part to the highly popular “Avengers” series, in which he played billionaire superhero Tony Stark (aka Iron Man) to great acclaim. To celebrate his birthday, let’s take a look back on some of his best performances. Tour through our photo gallery of Downey Jr.’s 20 greatest films, ranked from worst to best.

The son of underground filmmaker Robert Downey Sr. and actress Elsie Downey, Robert Downey Jr. made his acting debut at age five in his father’s film “Pound” (1970). He received his first Oscar nomination in 1992: Best Actor for his performance as silent movie legend Charles Chaplin in “Chaplin.” It took 16 years for him to return to the Oscar race: Best Supporting Actor for his role as an Australian actor who surgically alters himself to play an African-American platoon leader in “Tropic Thunder” (2008).

Both films also brought him Golden Globe and BAFTA nominations, while “Chaplin” won him a BAFTA as Best Actor. In addition, the Hollywood Foreign Press Association rewarded Downey Jr. with three prizes: Best Ensemble for “Short Cuts” (1993), Best TV Supporting Actor for “Ally McBeal” in 2001 and Best Comedy/Musical Actor for “Sherlock Holmes” (2009). His role on “Ally McBeal” also brought him a SAG Award win as well as an Emmy bid as Best Comedy Supporting Actor.

Take a look through our photo gallery of Downey, Jr.’s greatest films, including a few for which he was egregiously snubbed at the Oscars.