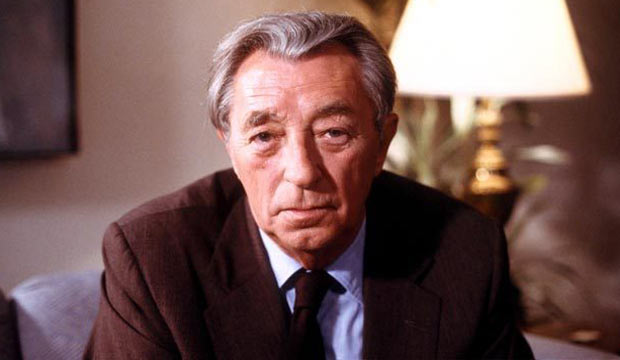 The devilishly charming, rugged Robert Mitchum made a name for himself with a number of classics spanning many genres, most notably noirs, westerns, war dramas and crime thrillers. But how many of his titles stand the test of time? In honor of his birthday, let’s take a look back at 20 of his greatest films, ranked worst to best.

Born in 1917 in Bridgeport, Connecticut, Mitchum cut his teeth in a number of bit parts before landing his star-making turn in “The Story of G.I. Joe” (1945), playing an army captain in WWII. The film brought him his sole Oscar nomination as Best Supporting Actor and solidified his screen persona as a world-weary, hardbitten antihero.

Mitchum found his greatest success in film noirs, where his cynical, playfully ironic demeanor proved a perfect match for the ultra-dark genre. Whether playing the hero in “Out of the Past” (1947) or the villain in “The Night of the Hunter” (1955), he was always the most captivating person onscreen, his gravely voice and sad eyes sinking into our souls.

Though he never returned to the Oscar race, Mitchum did win the National Board of Review Award for his dual performances in “The Sundowners” and “Home from the Hill” (1960) and received a BAFTA nomination as Best Actor for “Heaven Knows, Mr. Allison” (1957). He earned the Cecil B. DeMille prize at the Golden Globes in 1992.