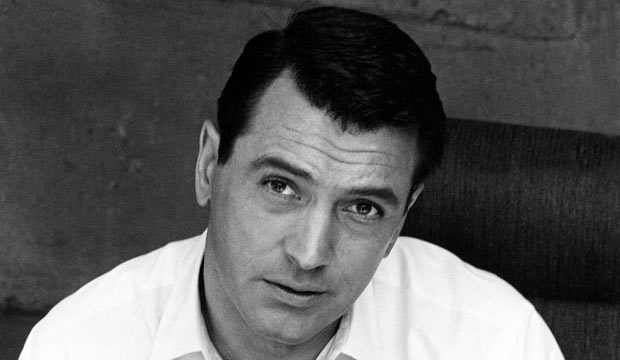 The life and career of Rock Hudson gets a revisionist look in Ryan Murphy’s new limited series “Hollywood.” The Oscar-nominated actor made a name for himself as a hunky leading man in romantic comedies, melodramas and adventure flicks. While you’re binging Murphy’s newest show, let’s take a look back at 12 of his greatest films, ranked worst to best.

Hudson spent years as a supporting player and leading man in B-pictures before shooting to stardom in Douglas Sirk‘s soap opera satire “Magnificent Obsession” (1954). Shot in glossy Technicolor with a sweeping musical score, the film was the first of many the actor made with the German-born auteur, including “All That Heaven Allows” (1955), “Written on the Wind” (1956), and “The Tarnished Angels” (1957). Trashed by critics and adored by audiences in their time, these works have found a second life as clever subversions of American values, influencing filmmakers such as Pedro Almodovar and Todd Haynes.

He received his sole Oscar nomination for George Stevens‘s gargantuan epic “Giant” (1956). Based on Edna Ferber‘s sprawling novel, the film centers on a decades-long feud between a Texas rancher (Hudson) and an oil baron (James Dean), with the rancher’s glamorous wife (Elizabeth Taylor) in the center. Unfortunately, Hudson and Dean’s onscreen rivalry played out in real life as well, with the two splitting the vote in Best Actor and swinging the prize to Yul Brynner (“The King and I”).

Three years later, Hudson teamed up with squeaky clean leading lady Doris Day and sardonic supporting player Tony Randall for the frothy romantic comedy “Pillow Talk” (1959). It was the first of three candy-colored entertainments the trio made together, including “Lover Come Back” (1961) and “Send Me No Flowers” (1964).

Hudson also dipped his toes into action fare throughout his career, including John Frankenheimer‘s paranoiac sci-fi thriller “Seconds” (1966) and John Sturges‘s Cold War adventure “Ice Station Zebra” (1968). When his cache as a leading man began to wane, he turned to television with prominent roles on the mystery series “McMillan & Wife” and the primetime soap “Dynasty.”

Although Hudson’s homosexuality was an open secret in Hollywood, it became front page news following his death from AIDS in 1985. At just 59 years old, he became the first celebrity to succumb to the disease.

Tour our gallery of Hudson’s 12 greatest films, and see if your favorite ranked #1.